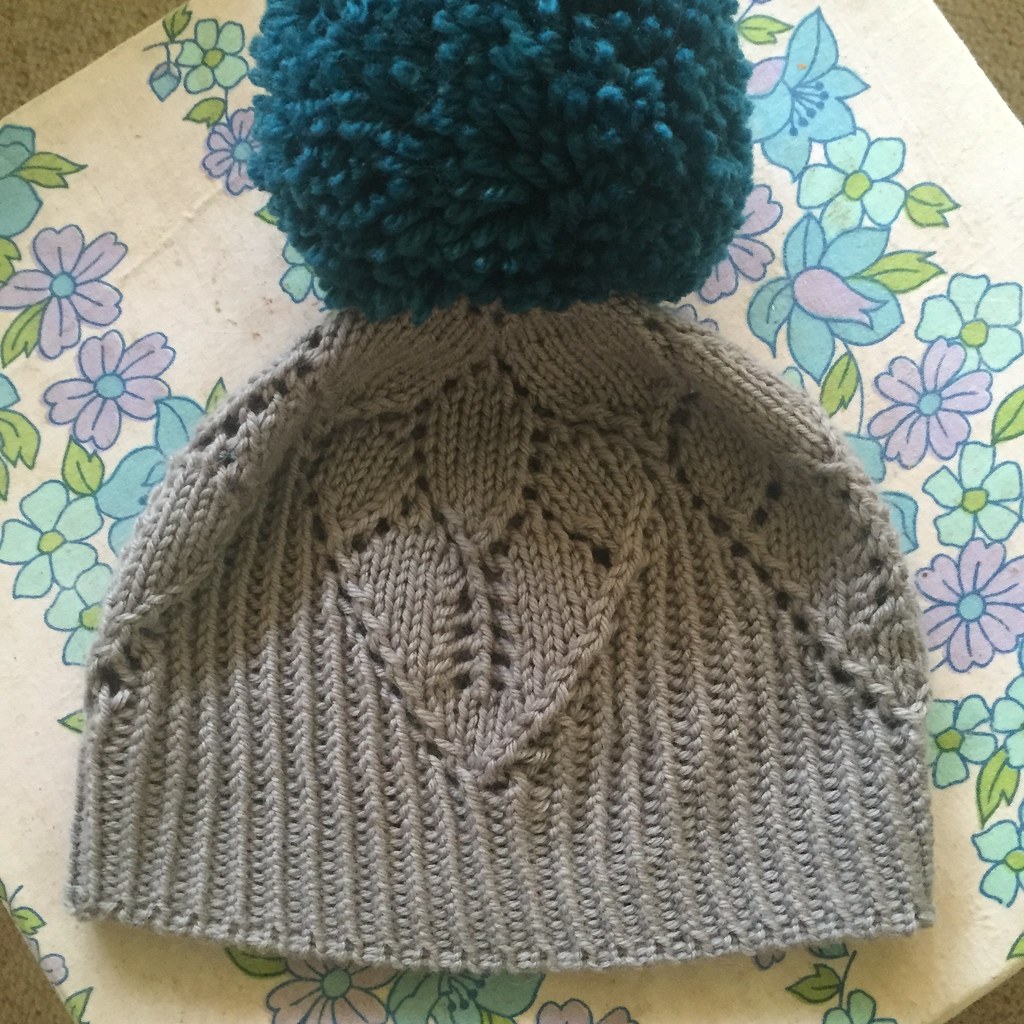 the fairy snow cap is a top down, lace patterned hat which knit up surprisingly quickly considering how much i procrastinated with it...
i think the trick was, that i wanted to knit the sleeves of my cardigan even less ha ha! this entire hat was completed in the time it took me to knit ONE sleeve on my cardigan (ie. this would be the reason that first sleeve took me so long ha ha!)

the colours, and pattern were picked out by my rad cousin, who i was making it for, but the choice of yarn was all mine!
i opted for debbie bliss cashmerino aran for the body of the hat, as i thought it's super smooth and squishy texture would hold that lace pattern nicely.
the (massive!) pompom is made up of almost an entire ball of debbie bliss blue faced leicester, which was the yarn i bought originally to knit before this pattern was decided on. the colour was so awesome though, i had to keep some and incorporate it anyway ha ha! 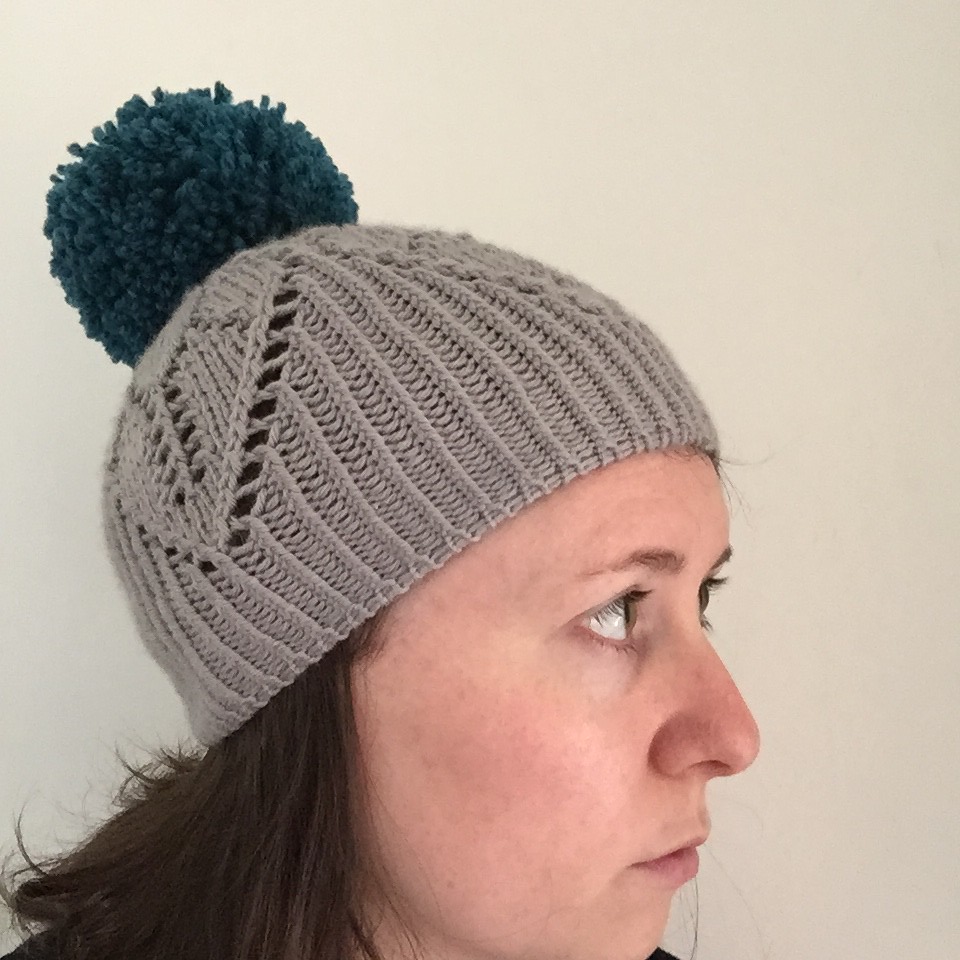 the thing i couldn't get over with this pattern (aside from the fact i thought it would be a great project to knit on the train while chatting, FOOL!) was that it only used one ball of yarn for the body of the hat. i'd purchased two, not even looking at the yardage requirements, just assuming that i'd need that at a minimum. what a pleasant surprise!
granted, if i'd used the same colour for the pompom, it would be a different story... but it did help to make the hat a super satisfying knit!

as always, all the details are over on my ravelry page.

what have you been making this week?
Posted by nicole at 8:01 AM

Love the hat and the color!
Blessings,
Betsy

One of my favorite color combinations. Nice hat. :)