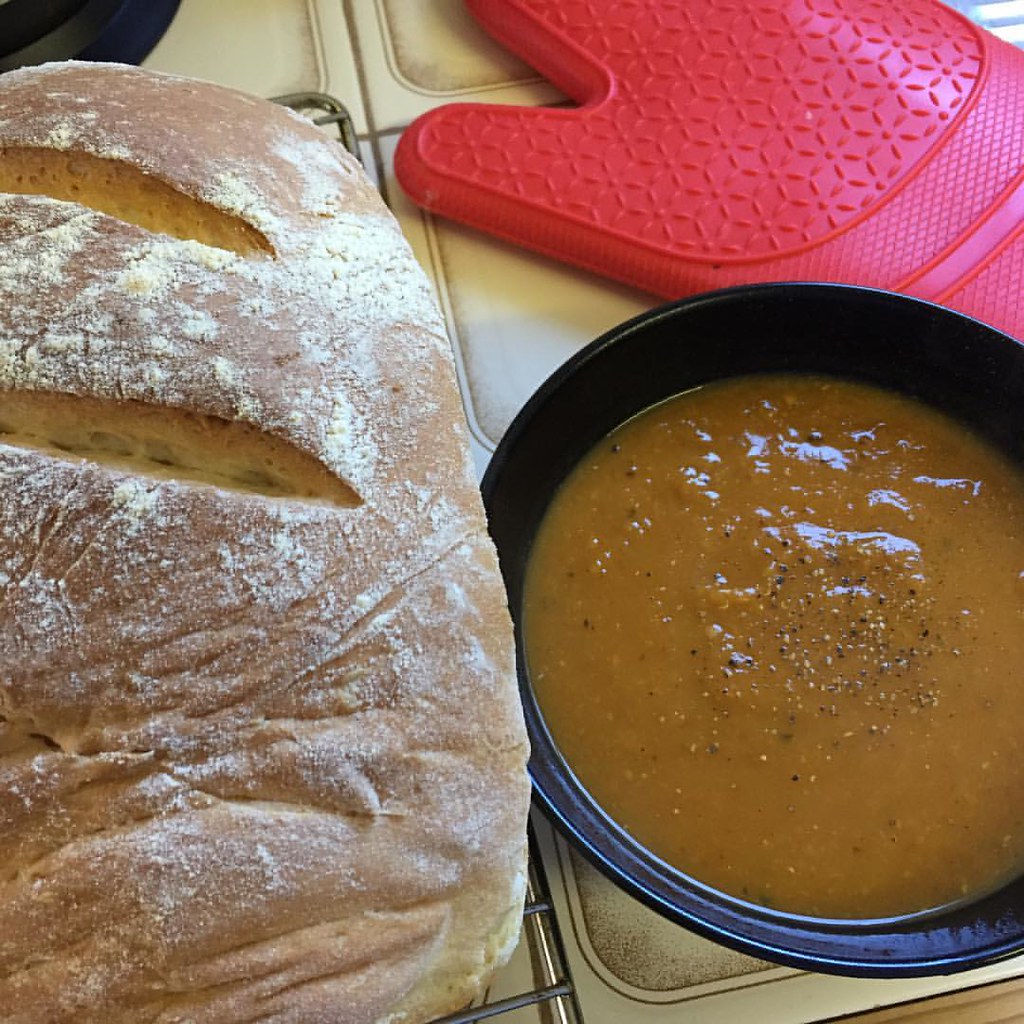 i've been listening to the slow home podcast for quite a while and the episodes always get my mind going, thinking about things in different ways and from different perspectives as well as giving me lots of ideas in ways to slow down and simplify...
last month though, brooke and ben spent the month (on mondays) talking about their 'why's', as in why they do what they do. the values and beliefs that shape their long and short terms goals and daily life too.

i loved this concept, so have been doing quite a bit of thinking about it...

the first part of the podcast series introduced the concept of what a why is, the ways that it can shape your life and world view and in the second part of the podcast series, the how-to begins.
brooke recommends writing your eulogy. what would you want said about you at your funeral? what parts of your life would you want people to remember?
after a bit of pondering, i realised that what i would want remembered of me, is my hard work to make our house a home. a warm and safe place that is welcoming and nurturing. and despite working hard at this, to have had time to be there for those that need me, children, partner, family and friends.
they're the things that are important to me.
the third segment involves pulling values out of that eulogy, boiling it down to a couple of key words to help shape those everyday decisions and the fourth makes recommendations of how to use those values to actually shape those everyday decisions.
the values i gleaned were home and quality time, and i'm really already starting to think about them when i'm making decisions on the daily.

have you ever worked on an exercise like this? are you a slow home podcast listener too?
Posted by nicole at 2:02 PM No comments:

the weekend just gone, marked the hosting of the inaugural wool gathering event at tarndie, and boy was it a great one!

i spent the weekend, wearing an apron, helping out to ensure everyone was having the best time they could be! though those tasks kept me pretty occupied, i managed to flit around and take a fair few photos too!

the event started out pretty nicely for us "staff" (helpers and teachers) with some beautifully motivating words from karen, and some bubbles with a side of tea and a spot of knitting. 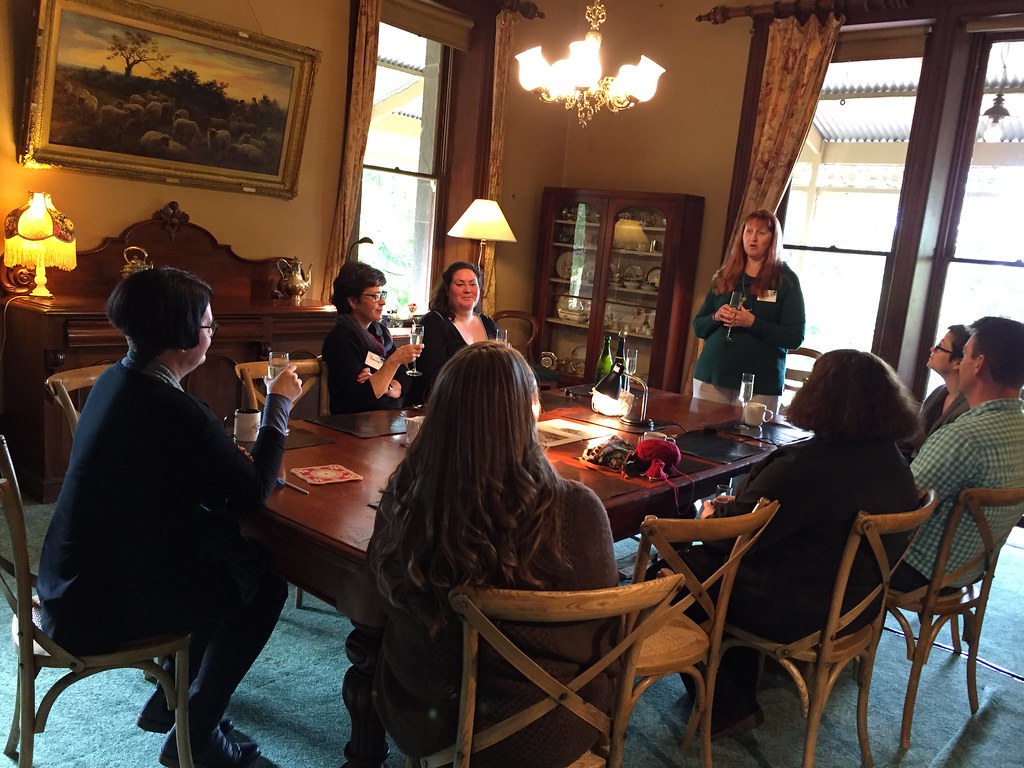 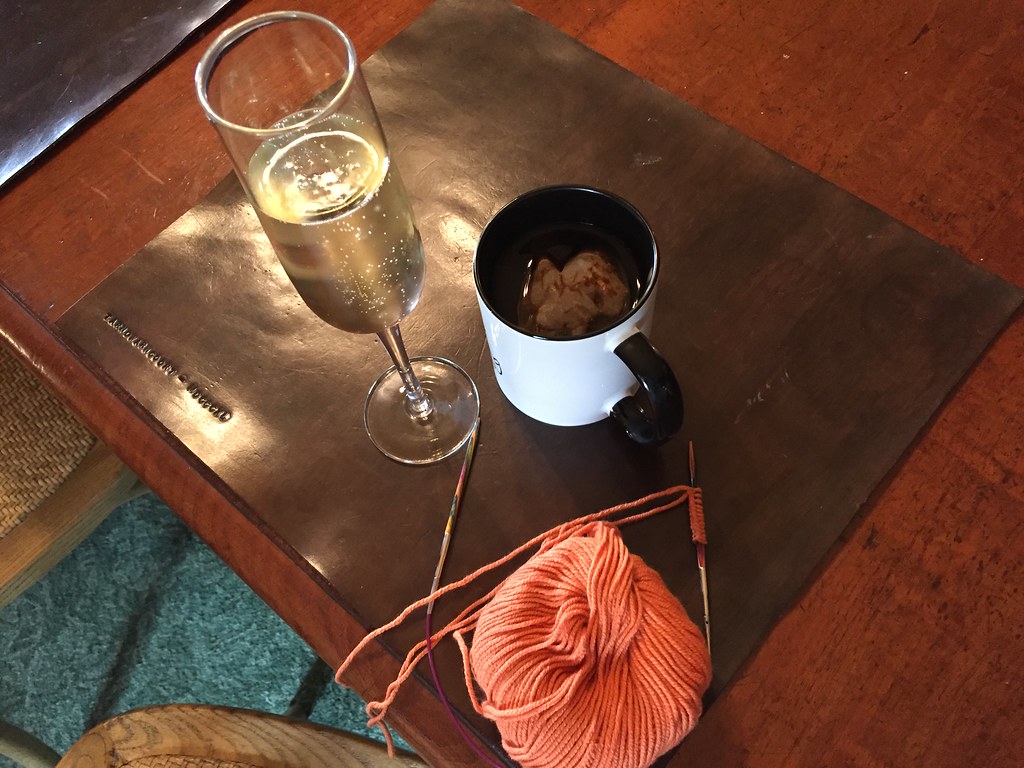 before we got settled in to start welcoming folks at the registration desk. 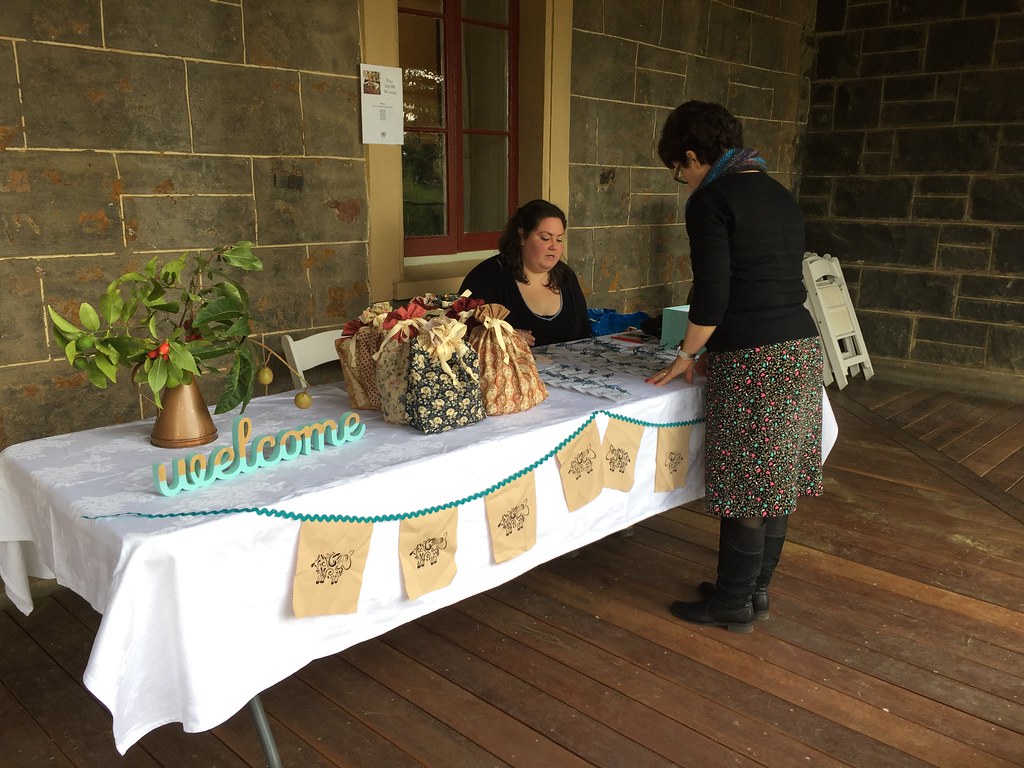 after some dinner, and (hopefully) a good night's rest, the attendees flocked back to tarndie on friday, saturday and sunday for some excellent woolly classes. 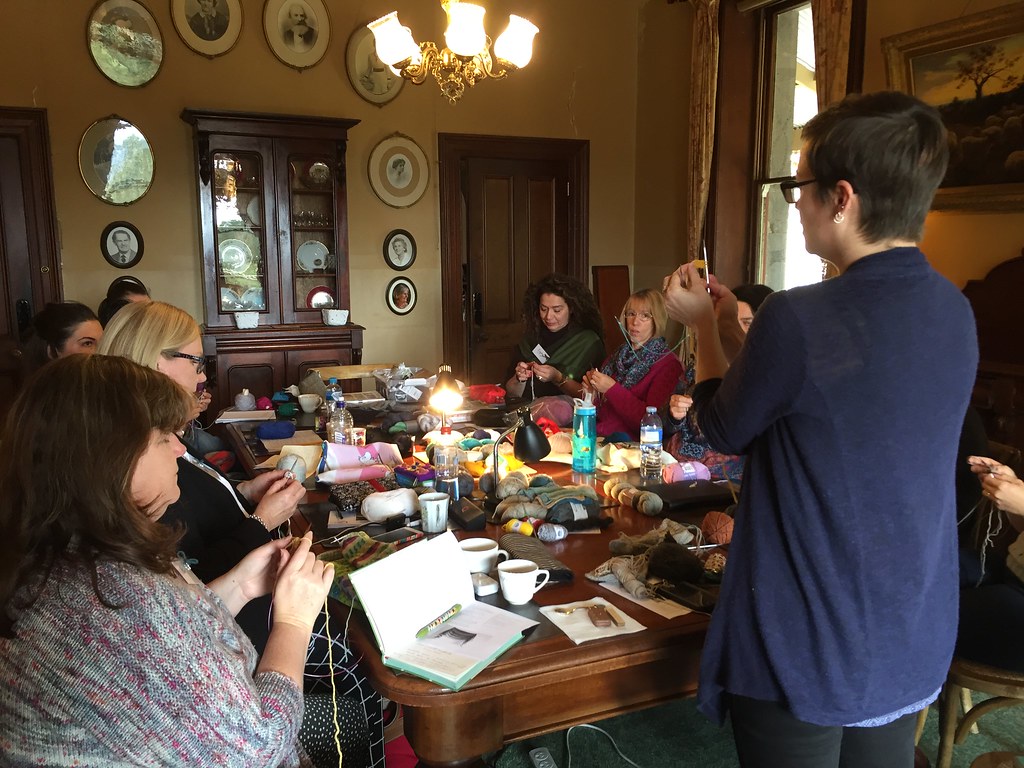 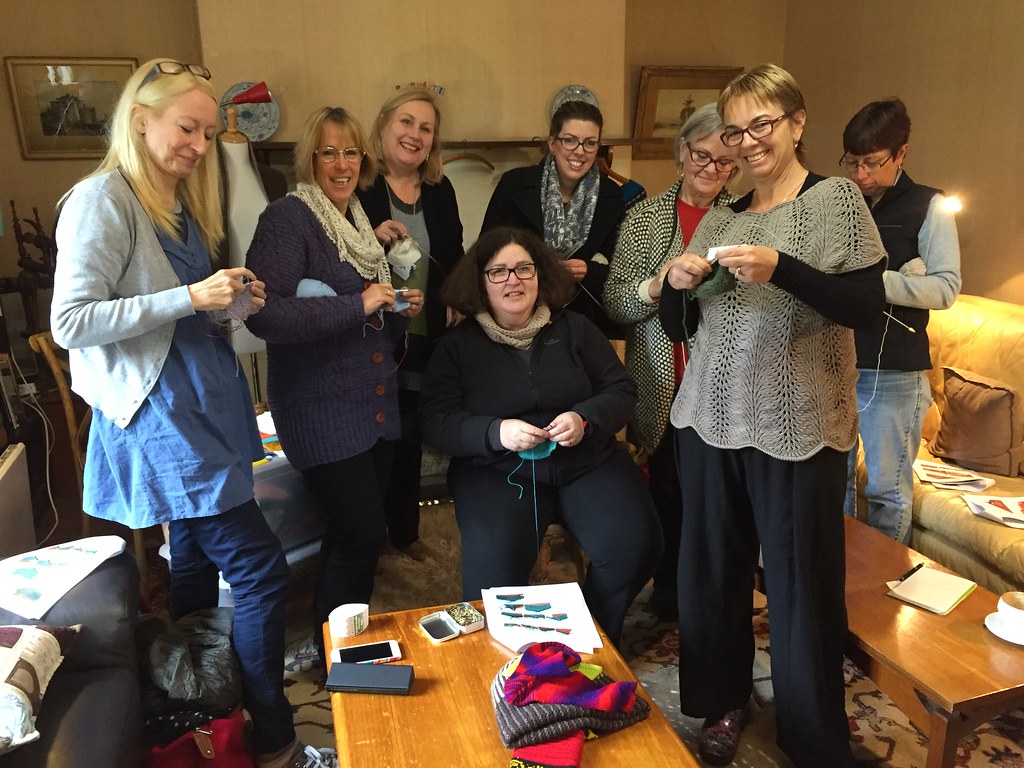 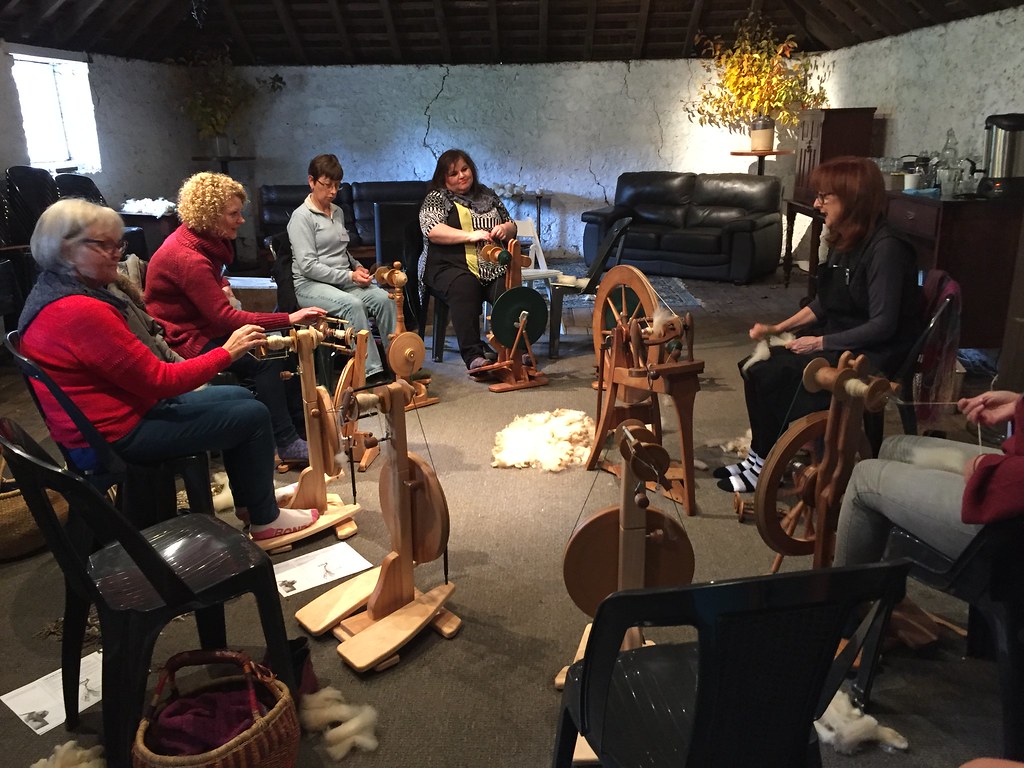 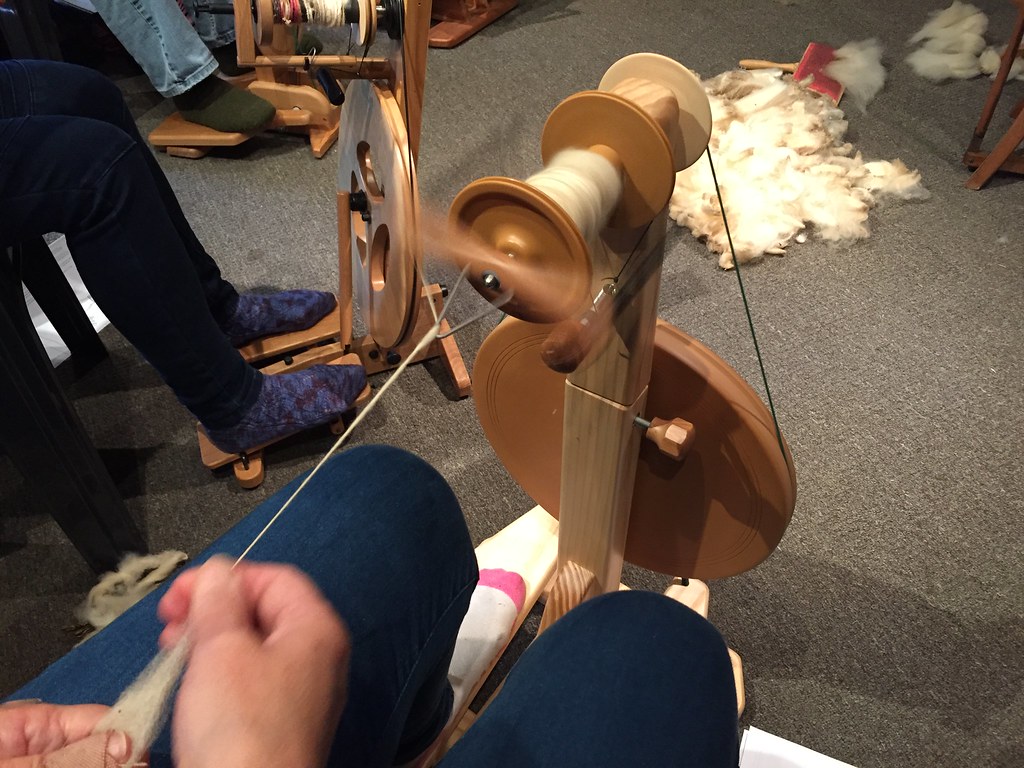 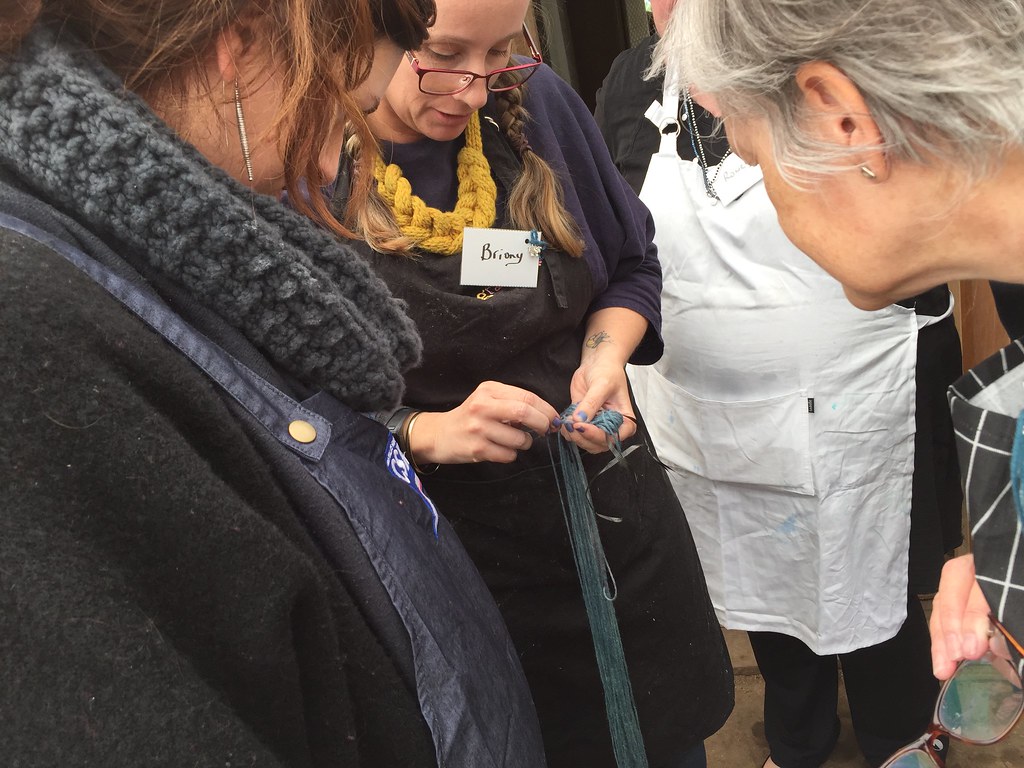 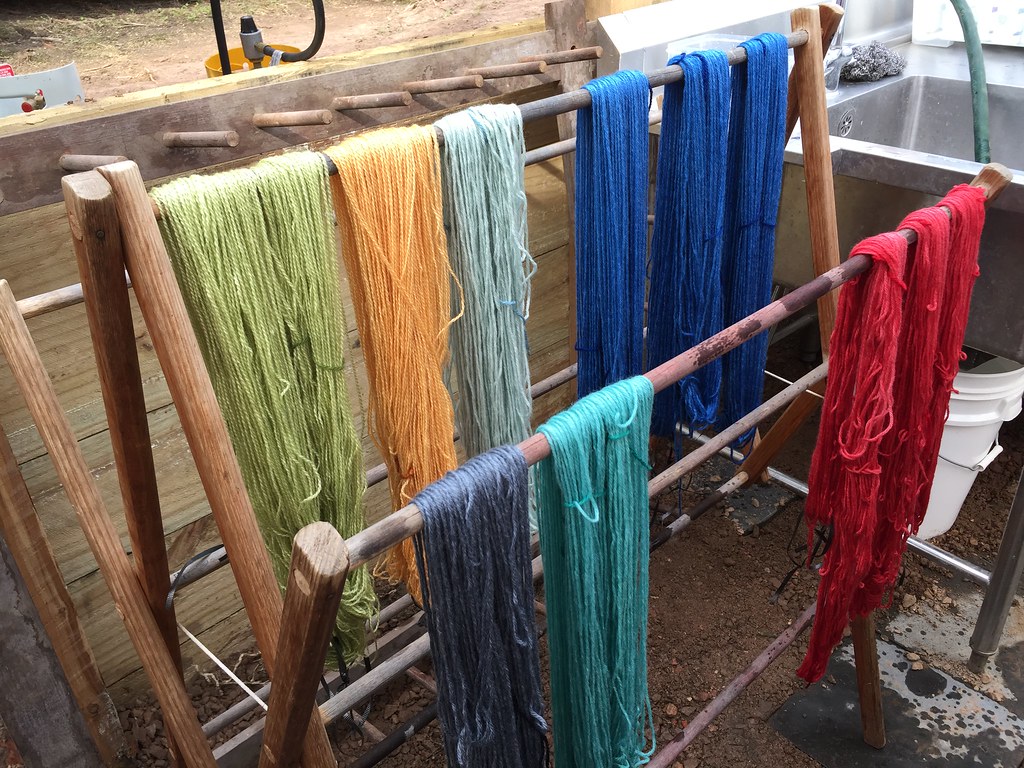 knitting, spinning, dyeing, and that was just what i managed to snap photos of! there was also weaving, crochet, embroidery and farm touring happening too!

with all that fun, thankfully there was still a bit of time for resting (knitting) too... 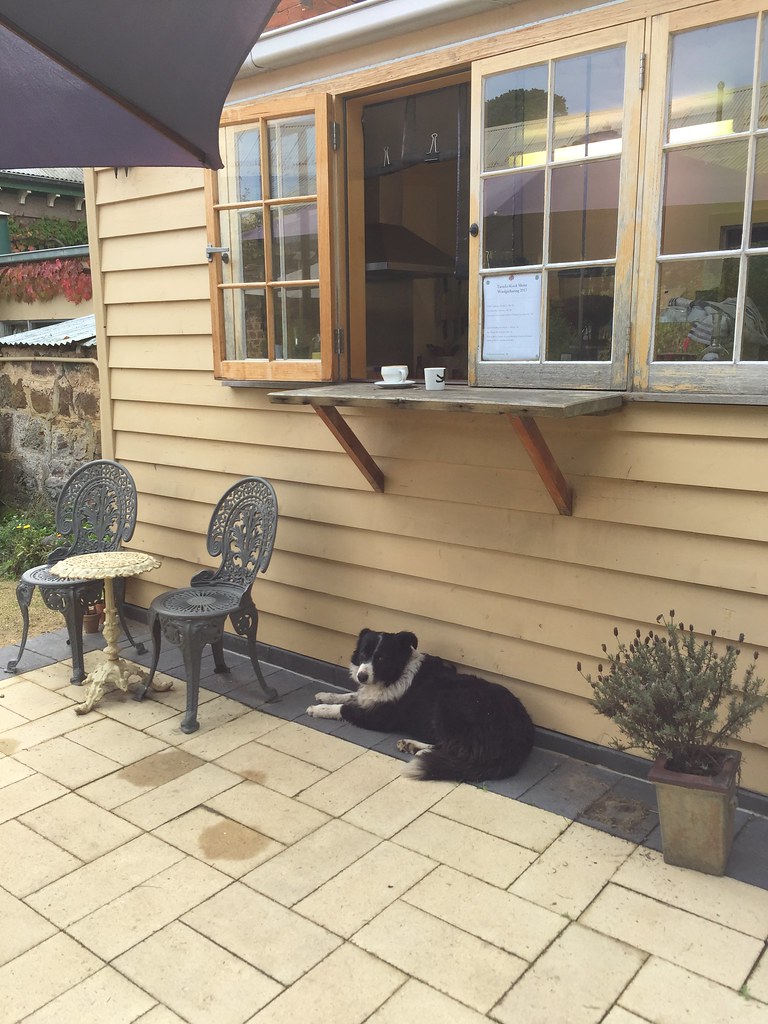 unless you're saffy the dog, then there was LOTS of time for resting!

after a slow few days this week to recover, i'm really looking forward to getting started on next year's event! one or two kinks to iron out, and then next year's should be even better! can't wait!
Posted by nicole at 10:57 AM 1 comment:

a tale of two socks.

around this time last year, i was talking to a friend and together we were trying to figure out a problem she had come up against while sock knitting. she wanted to keep her pretty yarn for the instep and upper portion of the sock, and use a plain, contrast colour for the sole as well as the heel and toe.
after a bit of brainstorming, we came up with a solution!

fast forward a year, and i've knitted myself a pair too to test our theory. 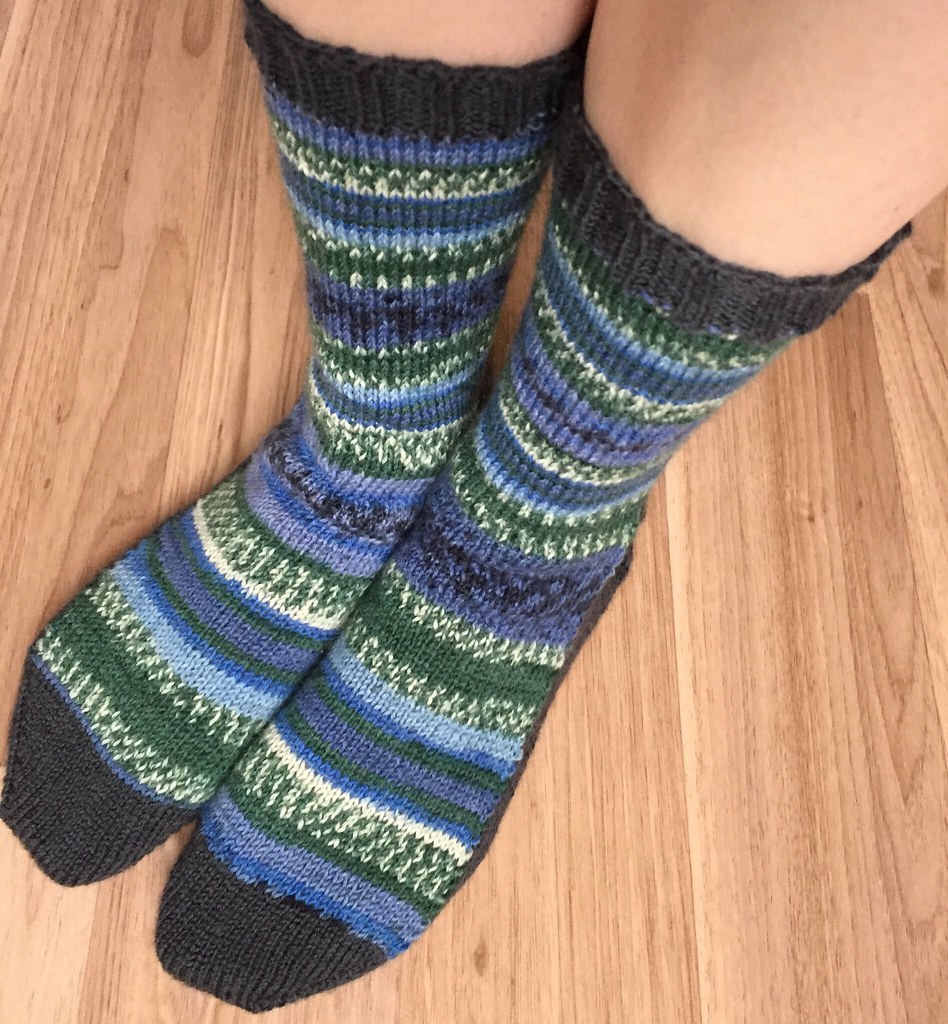 these are my two-toned vanilla socks. quite the success i think.

i used this vanilla sock pattern as my basis (as i have for almost every pair of socks so far this year... it's a great pattern!) and went from there! 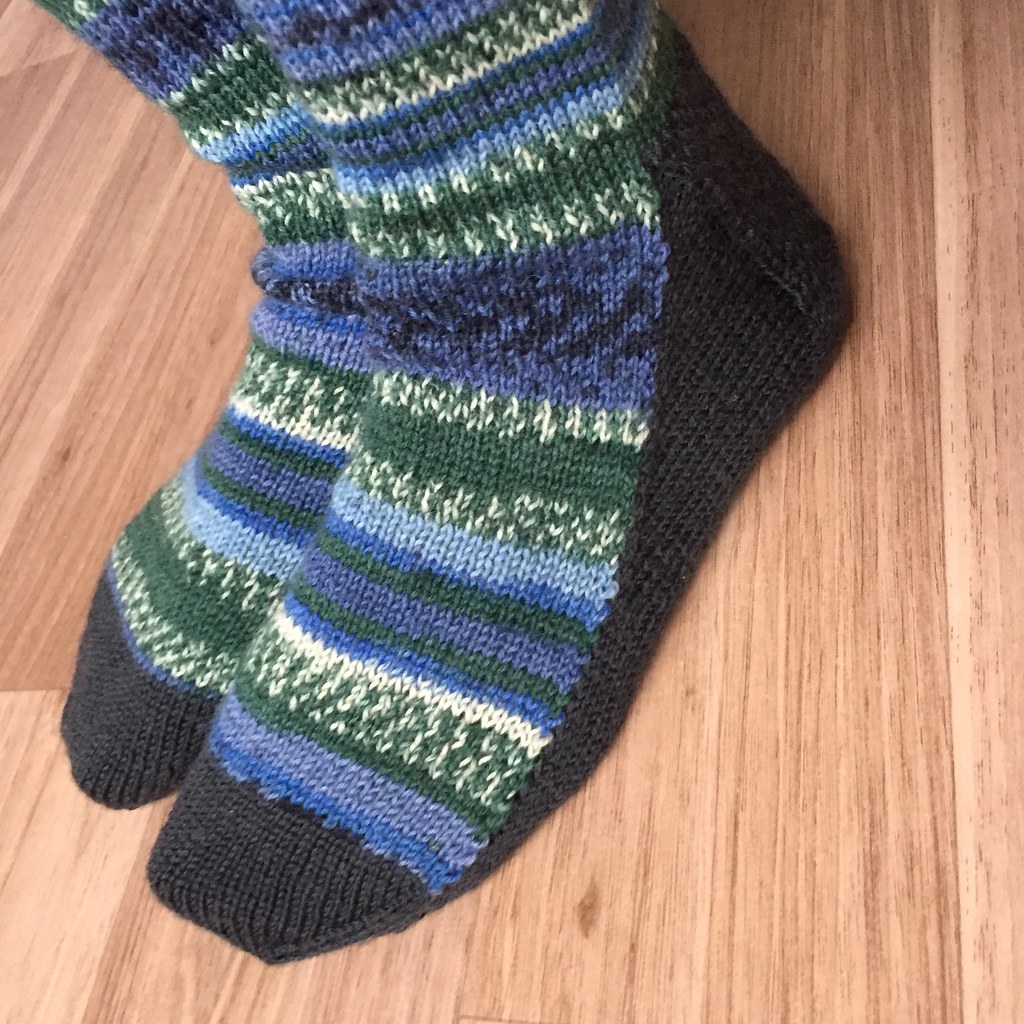 the basic premise i used was to begin the socks, knit the toes in the round as per the pattern, and then when it came to knitting the body of the foot of the sock, i split my stitches into sole and instep stitches. i knit the sole first using the same yarn as the toe, backwards and forwards, slipping the first stitch of every row. i continued knitting backwards and forwards, completing the gusset increases and then the heel, before moving back to the instep stitches.
using my fancy yarn and the instep stitches i had on hold from the toe, i began working backwards and forwards again, to create the instep but instead of slipping the first stitch of each row, this time i picked up the slipped stitch from the sole in the corresponding row, and knitted (or purled) it together with the first stitch of my instep row, using an ssk decrease or a p2tog.
once i'd knitted the full instep and had picked up all of the stitches along the sides of the sole and heel, i went back to working in the round, continuing to work with my fancy yarn.
i decided to do a contrast ribbing section too 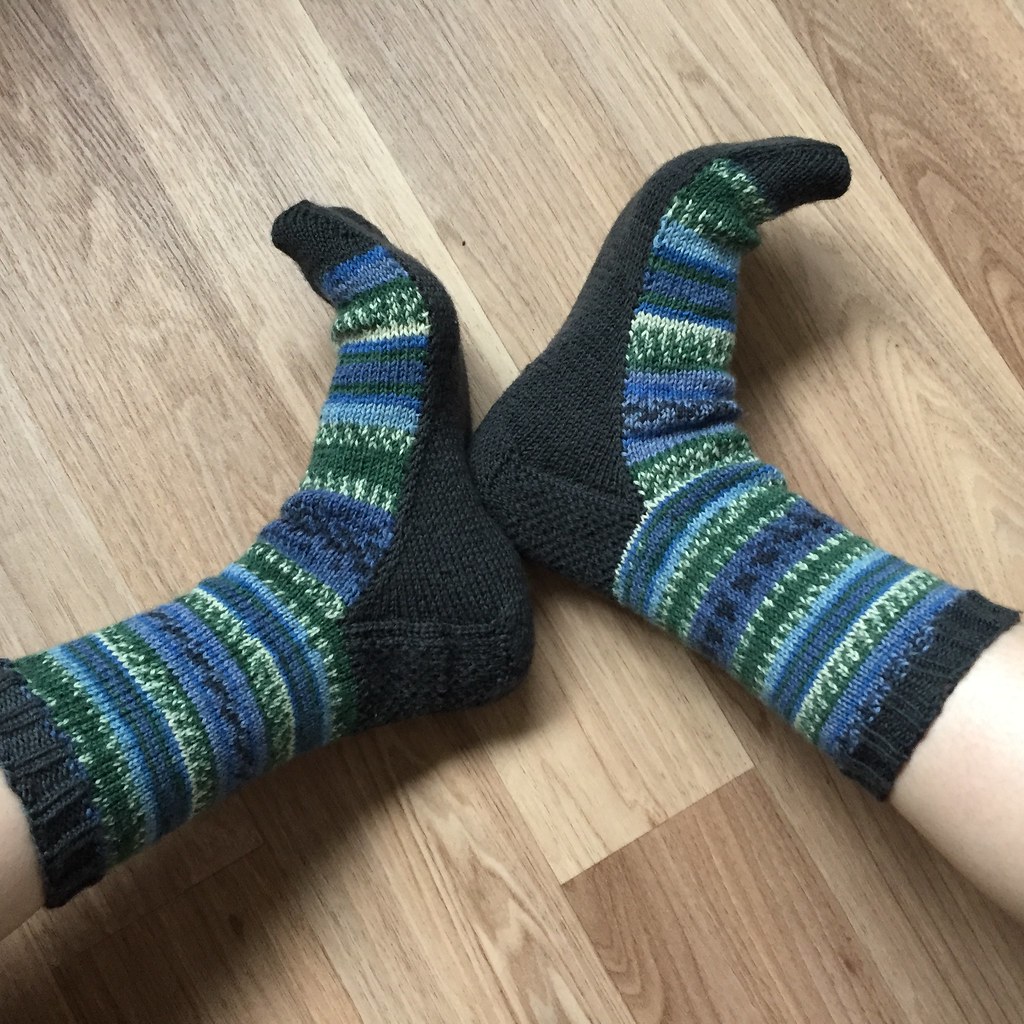 they were a little slow going for me, though i think that was all to do with my mind!
i think i was a bit scared of them not working, and having to pull them out.
i had a stern talking to myself though, it's only knitting, not brain surgery! it's ok to make mistakes when they're so easy to fix! and look how well they've turned out?!

they're aaaaaalmost perfect... unfortunately, they're a wee bit big on my feet. damn!
not to worry though, i'm sure there's someone out there with bigger feet than me he he.

what do you think? would you give these a go?
Posted by nicole at 8:00 AM 4 comments: