over the winter months, i knitted a lot. A LOT!
as well as working slowly on socks, and a few commission pieces, i also knit up a whole load of baby hats... 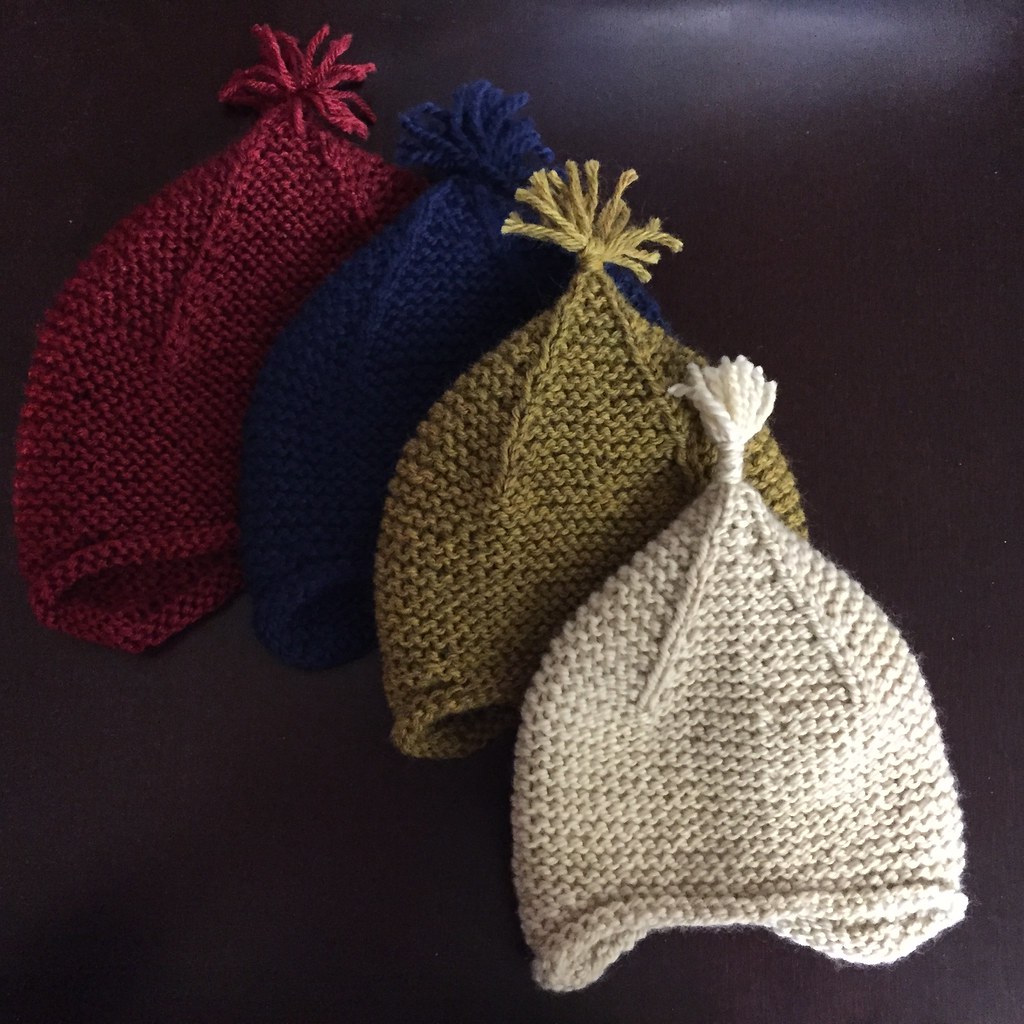 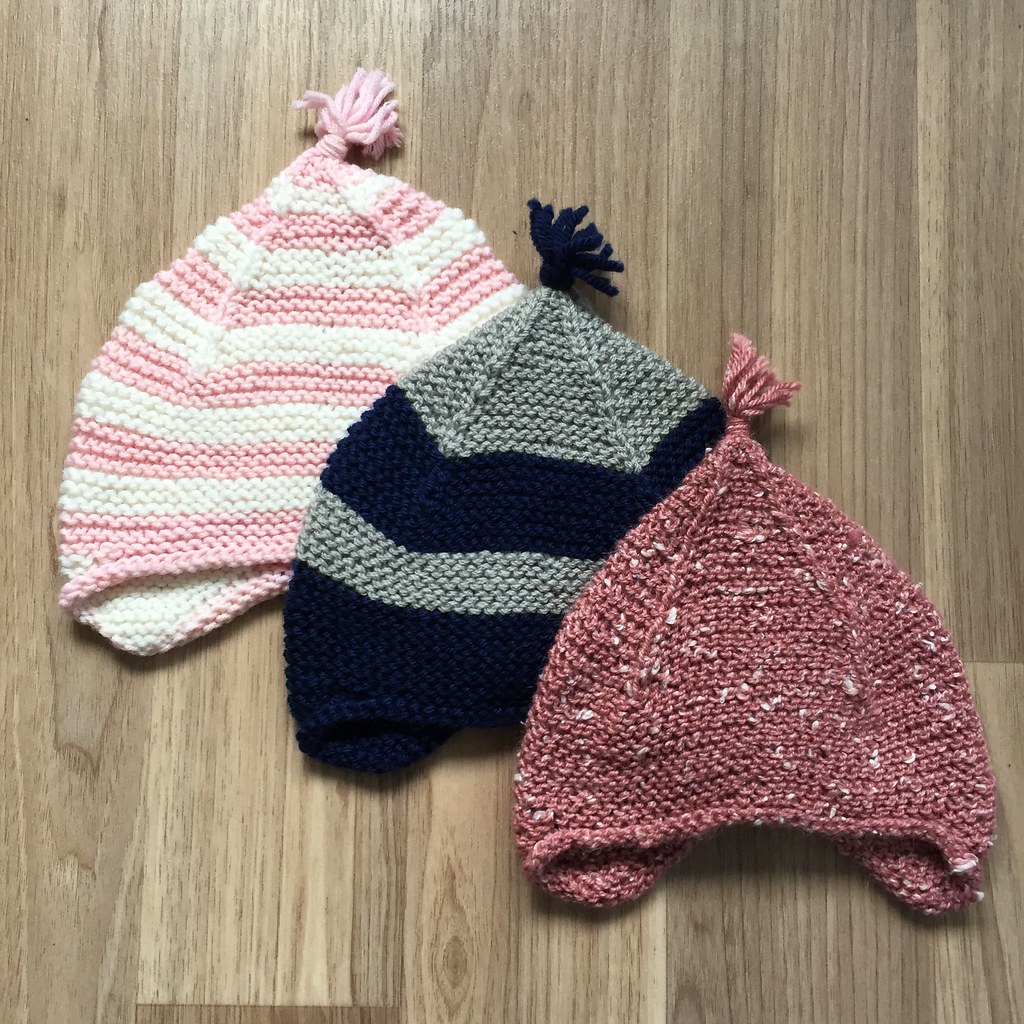 three of them were in newborn size, for three new babes that came into the world over those wintery months, and the remaining nine, were knit in the kid size... for nine (not so little) newly-minted one year olds! 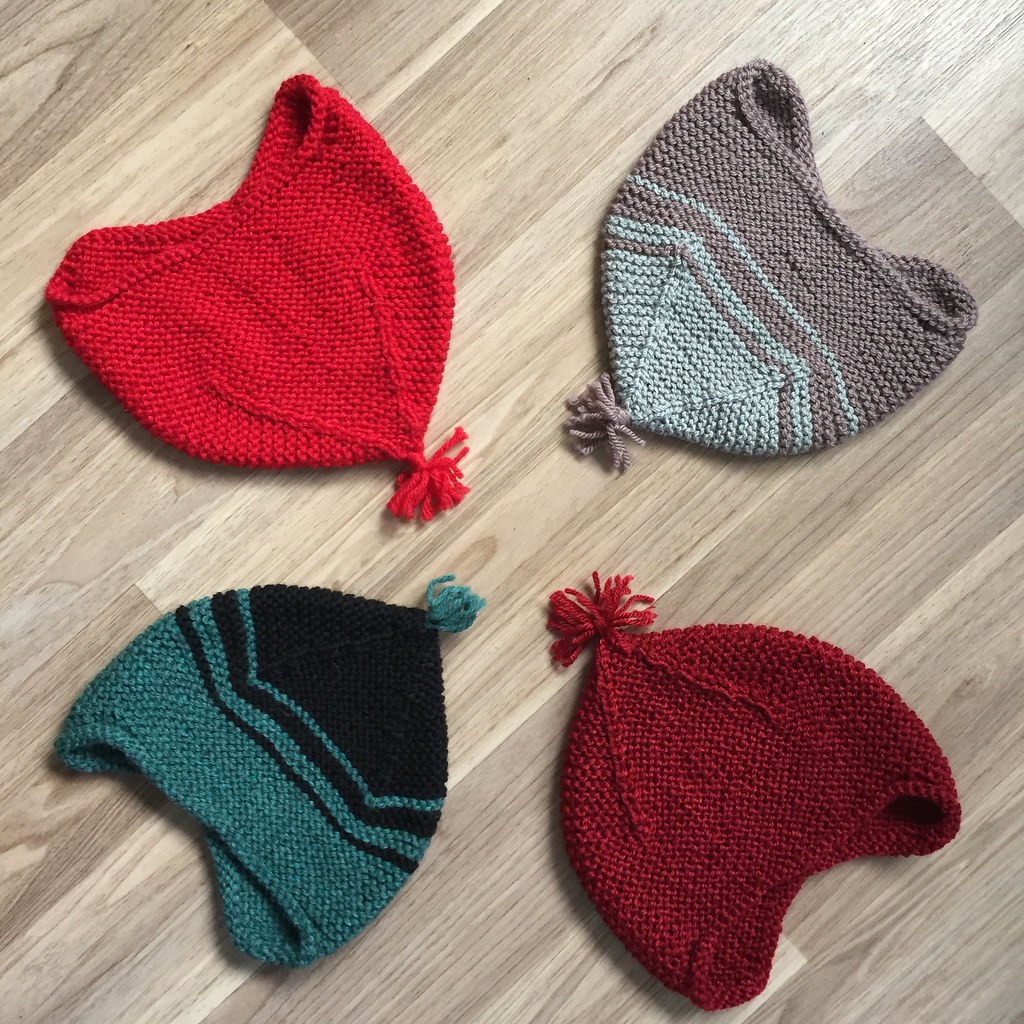 even having knitted up so many of these hats, i still love the pattern! it's so easy and looks so cute on little heads.

i'm even contemplating knitting myself one!

probably my favourite part of having knitting so many though, is the small, but sizeable dent it's made in my dk and aran scraps. huzzah! 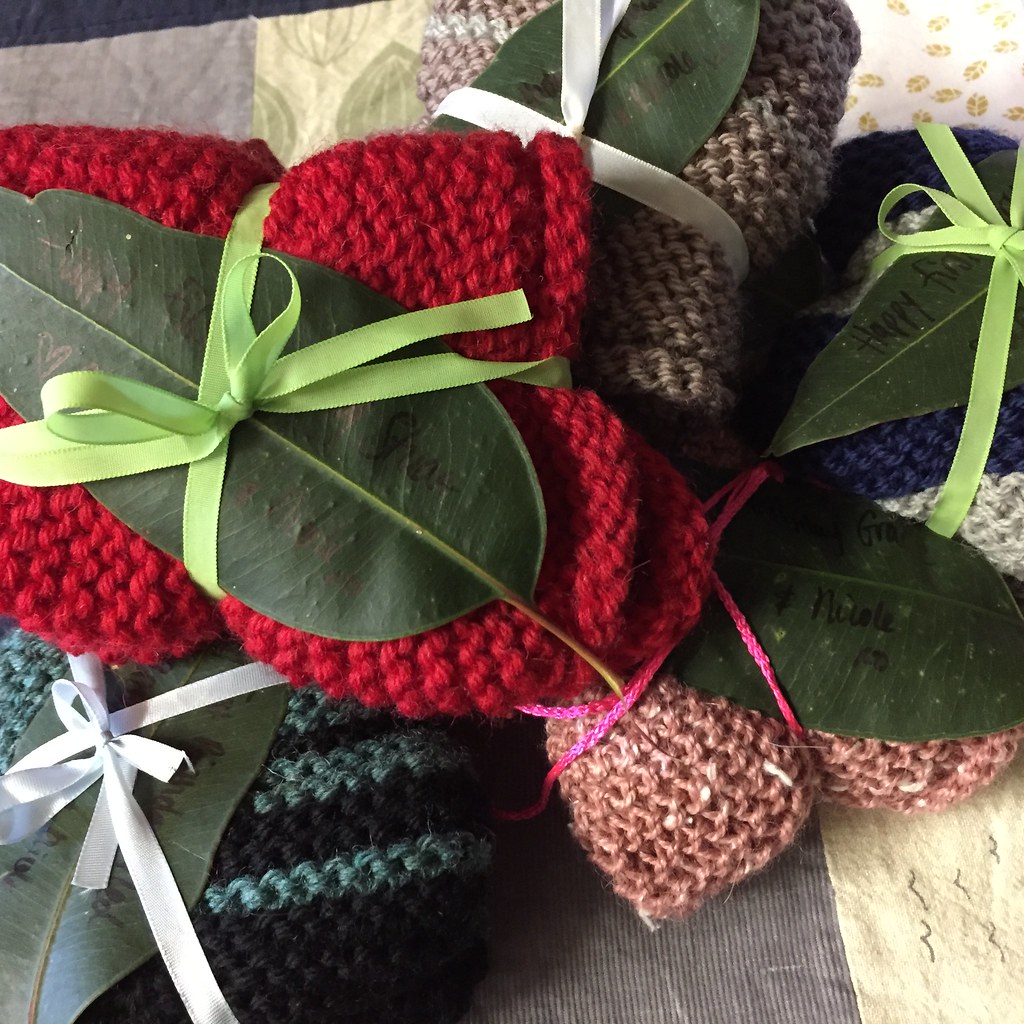 i got a wee bit creative with the wrapping of them too.
since having a baby, i've come to realise just how much goes into the packaging of gifts! so much stuff!! that will all most likely just end up in the bin!
hence my low-packaging gift wrapping. the leaves can be composted, and the string or ribbon was all repurposed from my stash of collected bits and bobs. hopefully they might be reused by the recipients, but if not, at least i know they've had a couple of uses before being binned!
Posted by nicole at 9:00 AM 4 comments:

with a bit of baby free time this morning, i managed to record another episode for my knitting vodcast...

what are you working on at the moment? are you a fan of sewing in ends?
Posted by nicole at 1:37 PM 1 comment: