as promised last week, i'm back again today to spill some details about one of my newly(ish) finished projects...
this week, it's my featherweight cardigan.

in complete opposition to last week's cowl, where i fell in love with the pattern (well sample...) first, with this project it was all about the yarn! 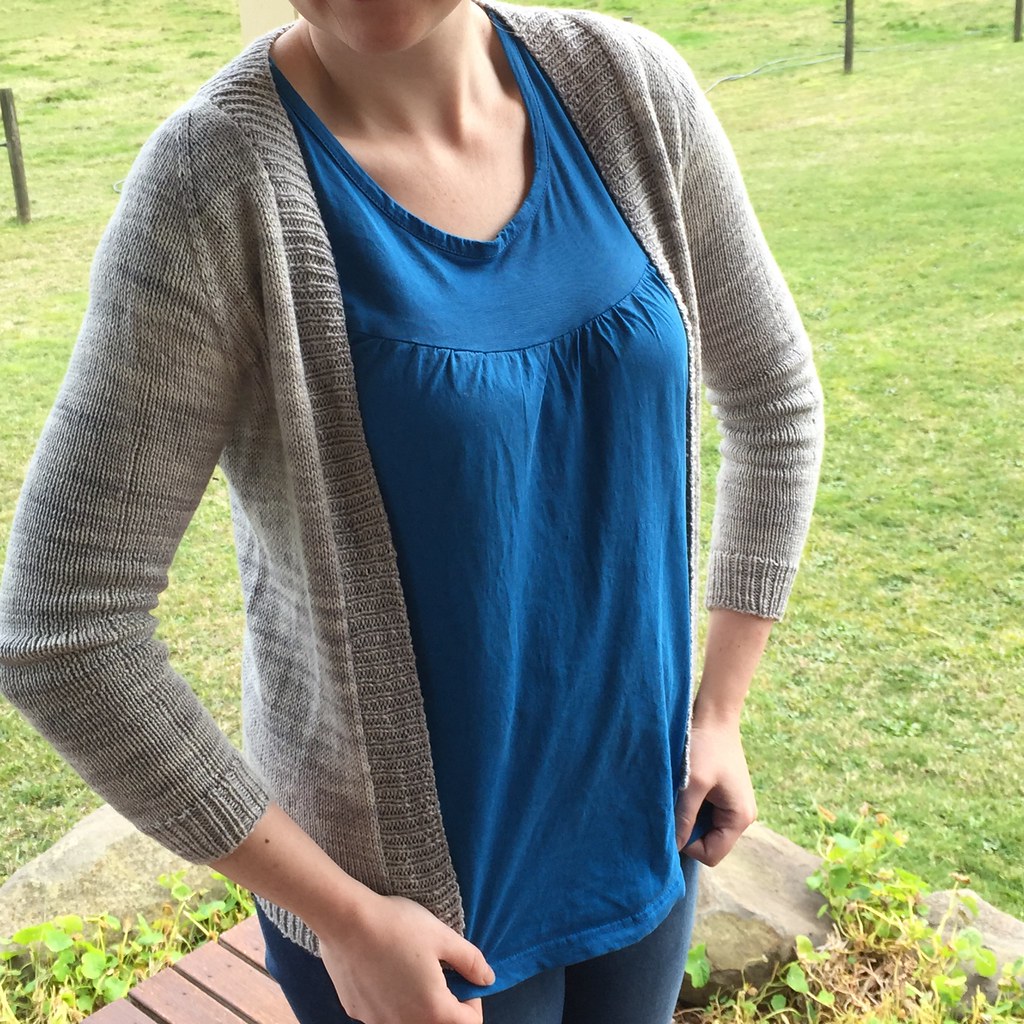 ever since i started working in the yarn shop, i'd been drawn to the skein yarns... particularly the silk merino sport. the feel of the yarn in the hank is so silky and beautiful and the COLOURS! the hand dyed colours are just out of this world.

the colourway i used was 'sterling' and to me, it was just begging to be made into a staple cardigan. it would go with everything in my wardrobe and be an absolute dream to wear. but which pattern to use...? 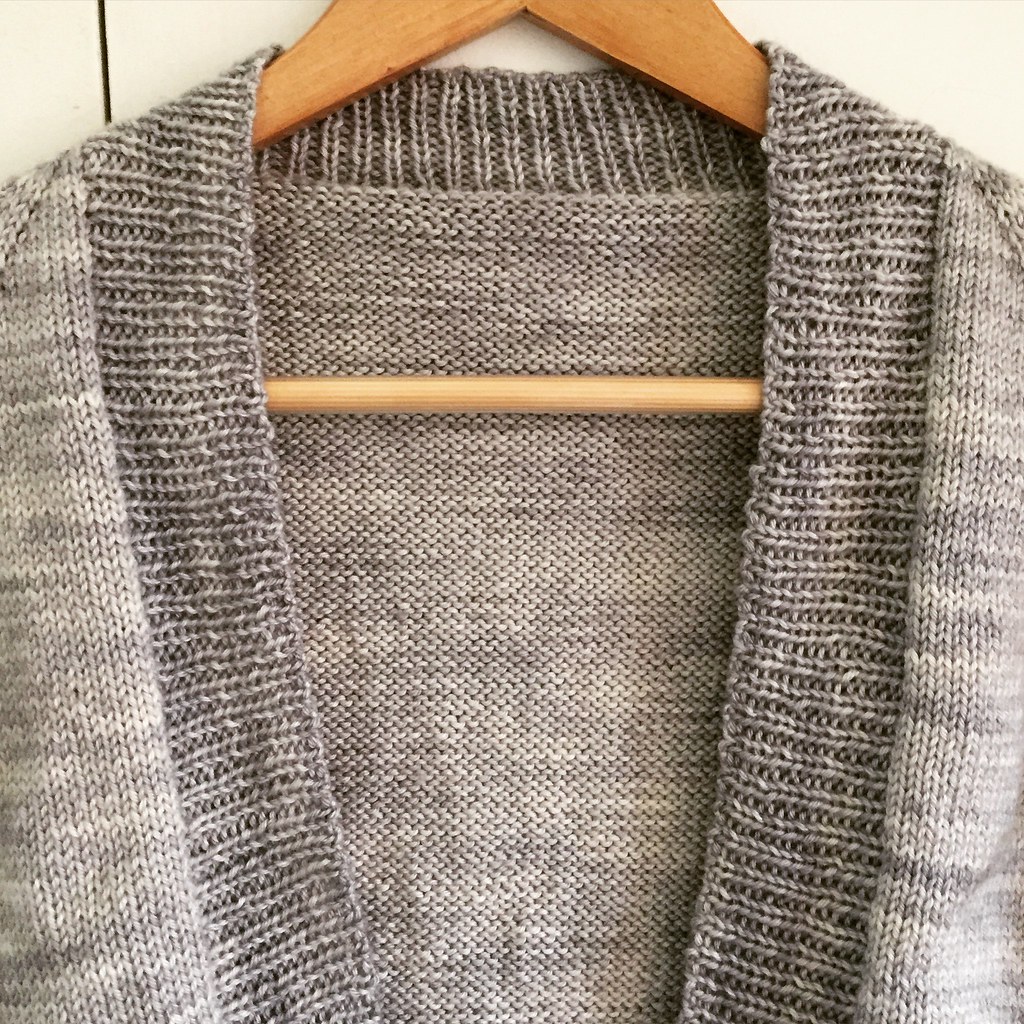 that question was answered after a shipment of the knitbot essentials pattern book arrived into store.
after a bit of a ponder about tension (the knitbot patterns are generally written with quite a loose tension for beautiful drape) i took a skein home to play with and after a couple of swatches nailed the tension and cast on right away! 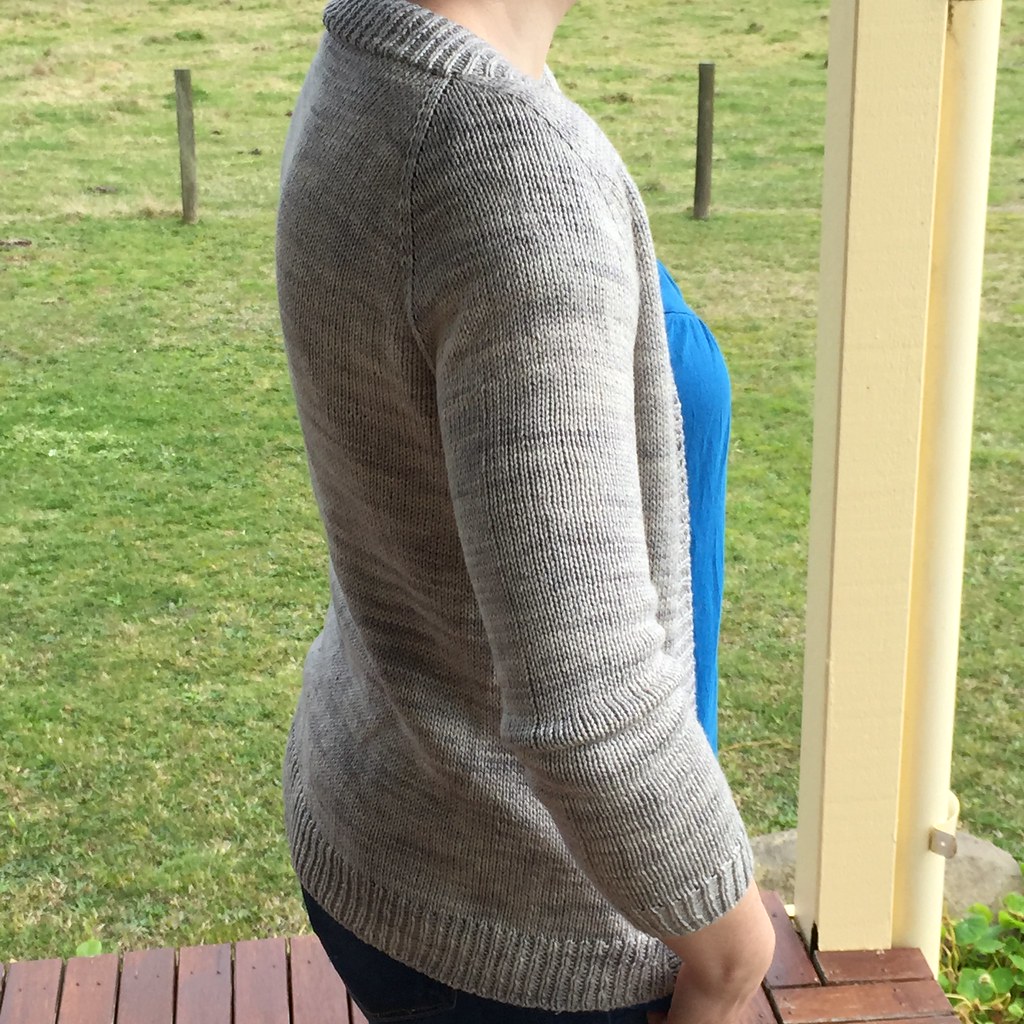 the entire knit took me a little over 2 months as i flagged substantially when it came to knitting the sleeves. the first one took me a good few weeks! the second one, only 3 days! i will definitely be knitting both sleeves at the same time next time i have to knit them.

after finishing it up, and giving it a good block of course, i've been wearing this cardi pretty much non-stop! i love it so much, even if it's not quite warm enough to be worn on it's own at the moment... melbourne is still in the depths of winter it would seem, so much layering has been happening ha ha!

as a full disclaimer, because this yarn is a 50/50 silk merino blend, there has been a wee bit of pilling happening when i've been wearing it, but i had a fair idea that would happen before i even started swatching.
i decided that i could live with giving it a de-pill after every couple of wears as it would just be such a dream to knit and wear. so far, i'm right!

there are some more technical details over on ravelry.

now to stop dreaming about how many other colourways i could knit up...

what have you finished recently? what's your most favoured finish?
Posted by nicole at 8:12 AM

it looks wonderful, so glad you're happy with it and it's getting loads of wear!