hexagons, as far as the eye can see.

after our jaunt to magnolia square, and about a zillion op-shops, miss rolling in fabric came back to my house and had a bit of a play with her hexagons. 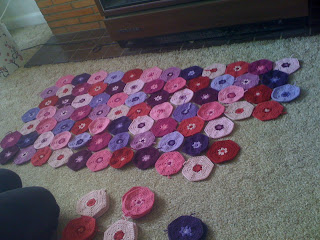 look at her go, laying them all out like the amazing quilter she is ha ha! 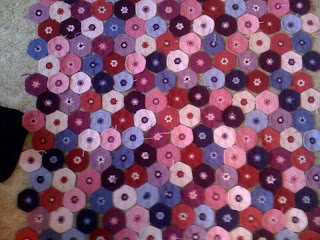 and doesn't it look preeeeeeeeeeeeetty? much bigger than i was thinking actually, even with my horrible maths. 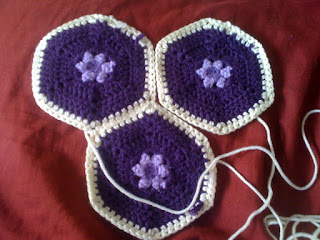 after much debate, and a fair bit of trialling (read: lots of frogging), we decided on double crochet for the edging. and i'm joining on the go! so much easier time wise, but a bit trickier brain wise. 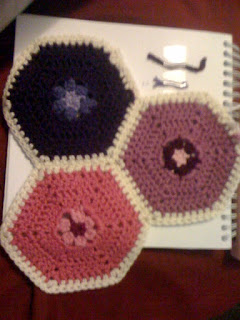 i've even made a start to it! slow going at the moment though due to the mass amount of assignments currently being piled on.
expect to see it growing at northern craft bonanza on thursday night.
Posted by nicole at 10:11 PM

I'm glad you didn't put in the photo of my bent over it! Looks amazing darling!