lend me your arms.

one of the newest trends in knitting, is to ditch your needles, and use your arms!
i thought i'd jump right in... 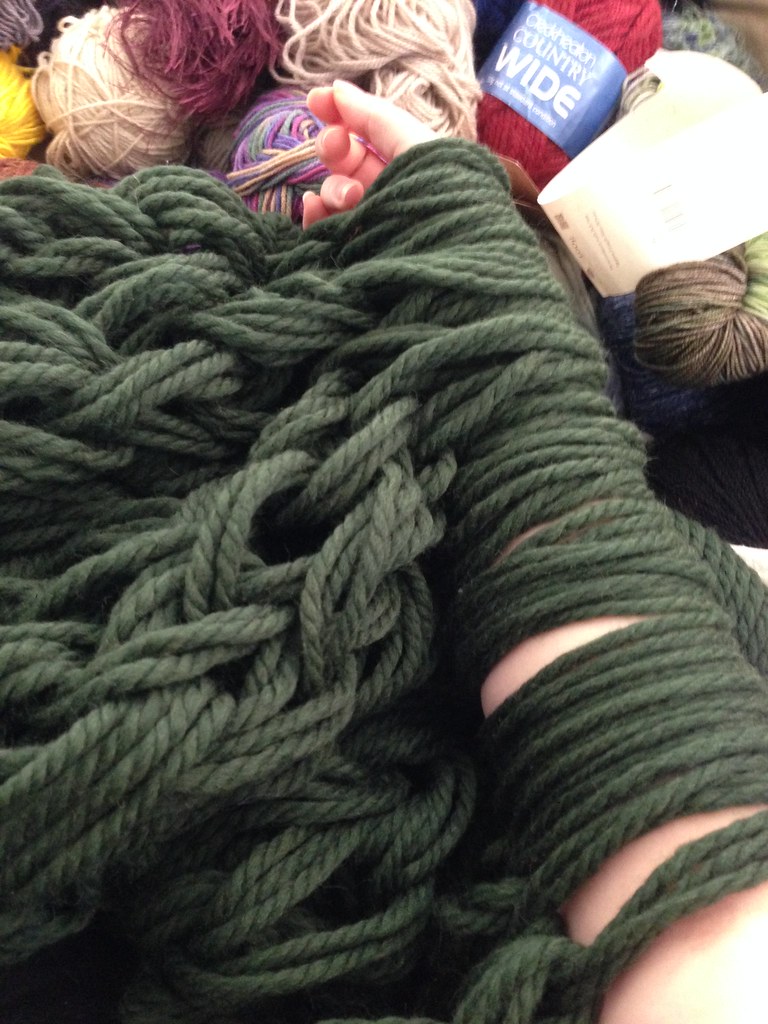 it was super fun, and i very vaguely followed this video...
vaguely, because i kept knitting until i ran out of wool, far exceeding the recommended 23 rows. 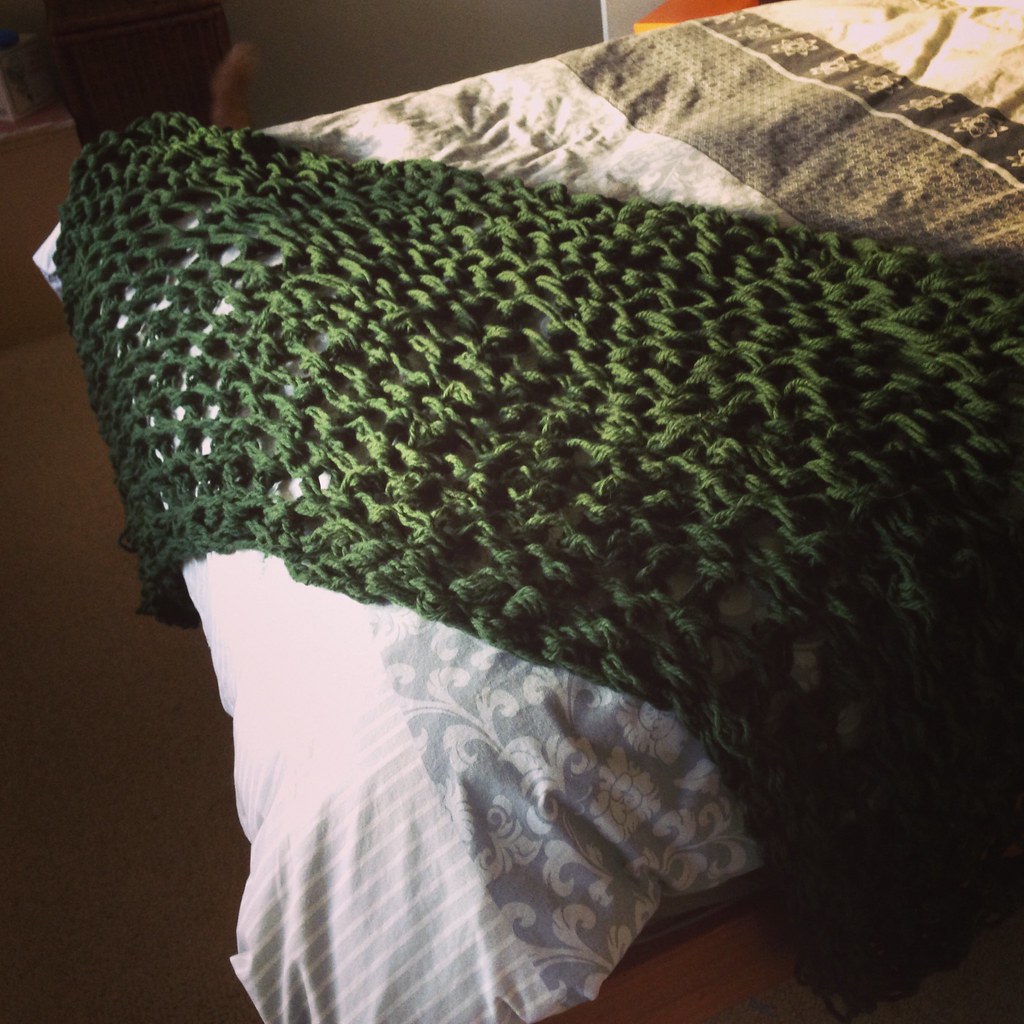 this wasn't the end of this particular blanket though... i was unhappy with the shape, it was super wide, but not very long. it also wasn't particularly neat...
i've since pulled it out and re-knit it, with fewer stitches cast on to hopefully get a squarer shape. it wasn't nearly as successful as i wouldn't hoped though!
it's still super wide, and again, not very long!
it IS a lot neater though! well until sampson got his head stuck in the weave and ran into another room with it around his neck! silly kitty!

i'm still debating whether to pull it out and re-knit it AGAIN! though i am slightly put off by my attempts to fix another little mistake yesterday...

the pouffe, i was unhappy with because the knitted cover was too loose? well it lost quite a bit of that cover when i ran out of wool for the aforementioned blanket...
the inner part that i'd sewn originally, i decided to cut up and re-assemble... but managed to make ENORMOUS! i don't have enough stuffing to fill it, let alone enough wool to re-knit to cover it! 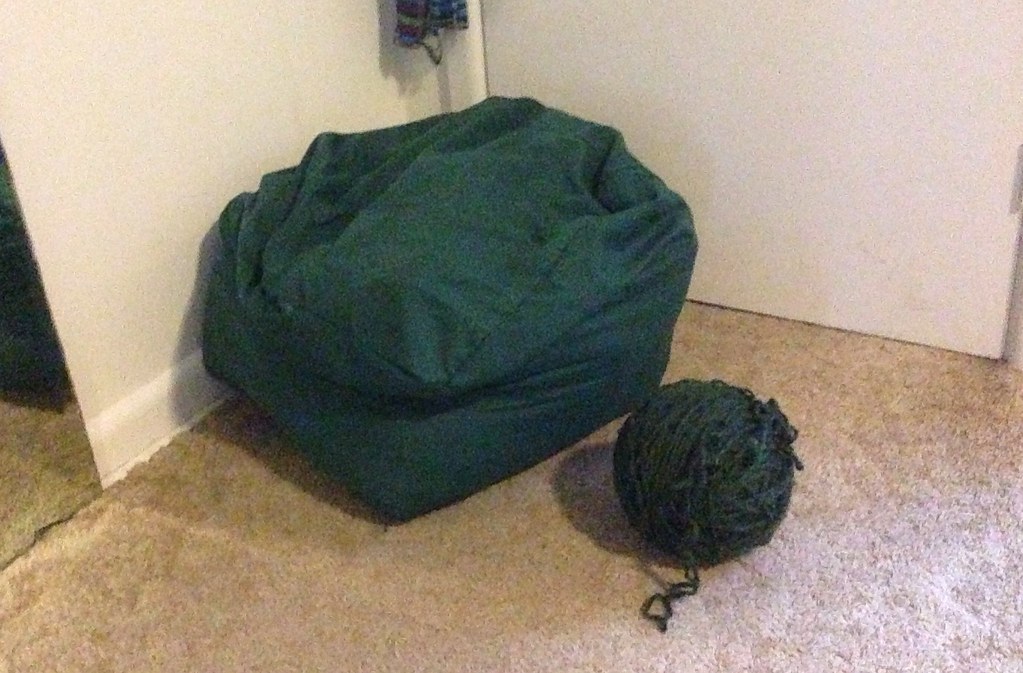 hopefully i'll find a bit of time over the weekend coming up to pull it apart AGAIN, cut it down in size and re-assemble it once more.
and then find some time to re-knit the cover... this might take a while to be 100% finished ha ha!

have you tried arm knitting? do your pets get tangled in your work? do you have crafty fails too?
Posted by nicole at 6:25 PM

I haven't tried the arm knitting for a project for myself but after watching the video taught a non-knitting friend how to do it. She made a beautiful scarf.
Blessings,
Betsy