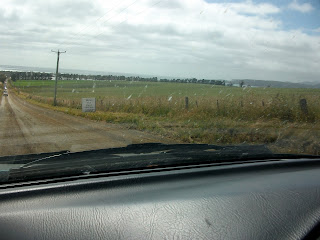 i got really excited every time i saw one of these signs.
"look, look there's another one. WE'RE GOING THE RIGHT WAY!" 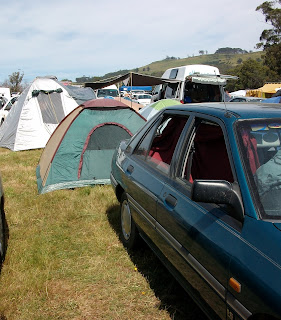 we got in ok. didn't have to wait too long in a car queue and despite the warnings didn't get our entire car searched. i clearly could've brought in heaps of alcohol! we were good and didn't risk it though. i didn't particularly want to get all the way to marion bay and then be turned around. it WAS the only reason we really went to tassie after all... 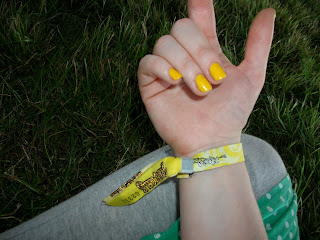 after setting up our tent we went and got our wristbands which MATCHED my nailpolish! THIS was something to be excited about! no not really, but small things entertain me. 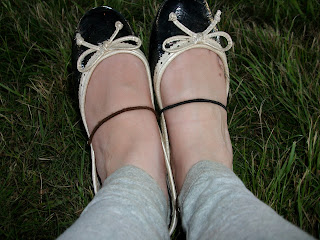 i got my shoes ready for jumping around in a crowd of people. didn't want to be losing any shoes thank you. 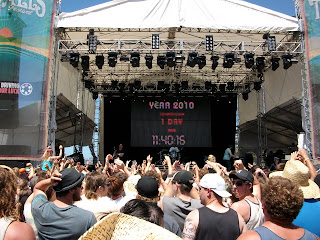 when these guys came on, i went mental. i love me some philly j's. they played the good news and don't want to party last at which point THEY went mental. the roadies literally took apart the drummers kit as he was still playing because they literally would not leave that stage. it was amazing!!! 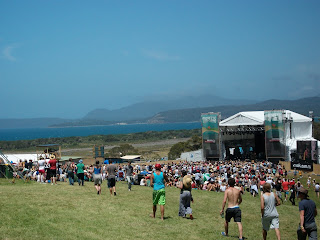 miss sarah blasko was quite lovely to listen to.
we lay down under a tree and listened to her blissful tunes. look how amazing that view is! 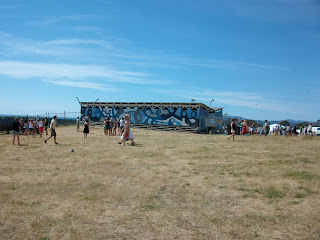 after a bit of a snooze under said tree, some exploration yielded the toilets. of the composting variety. do your business and throw in a cupful of sawdust.
fyi. sawdust in your undies or pants is NOT comfortable. take care when sitting down! this was the view from our tent. just magnificent. 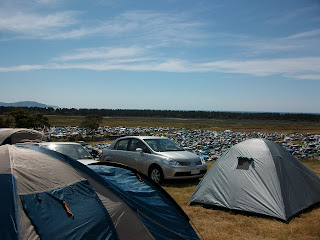 an absolute sea of tents and cars! there were so many people even for a festival in tasmania. when night fell, wolfmother came out to play. they were awesome to listen to but reacted with and to the audience almost zero. 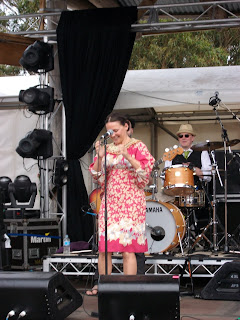 emiliana torrini was by far the most amazing! she was simply beautiful! and soooooo cute. some people in the front had a sign saying marry us emiliana and she went and got her polaroid camera and took a photo of them. 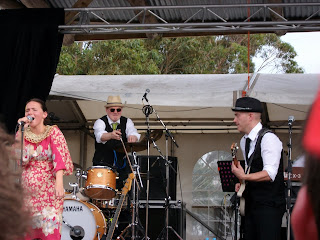 and her band was cool too. this drummer was playing a cymbal with a bow. it sounded really cool! 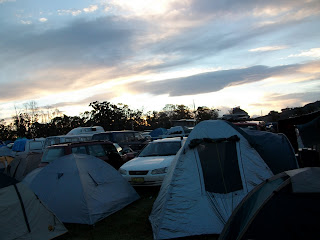 and so the sun set on 2009. yup that's a storm on the horizon. one last storm for 2009. and it was a spectacular storm!
we packed up all our stuff in the car that we didn't want to get wet and sat in the back seat of the car watching the amazing light show. i've never seen a storm like it. needless to say i didn't take many photos of the night. though we did venture out before midnight, caught some yeah yeah yeahs and the countdown before grabbing some yummy festival food and heading back to our tent to snuggle down for the first time for the new year. 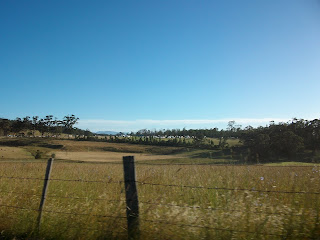 bye falls! see you next year? hopefully but we'll have to wait and see if the old credit card's recovered from this one yet.
Posted by nicole at 6:13 PM

cool, I love going to concerts!