the twenty-first make of the year came off my needles a couple of weeks ago now... i had grand intentions to get it blogged straight away. in fact, i wouldn't let my brother leave until i had taken some quick snaps of him with it on!
and here we are two weeks later ha ha. never mind. 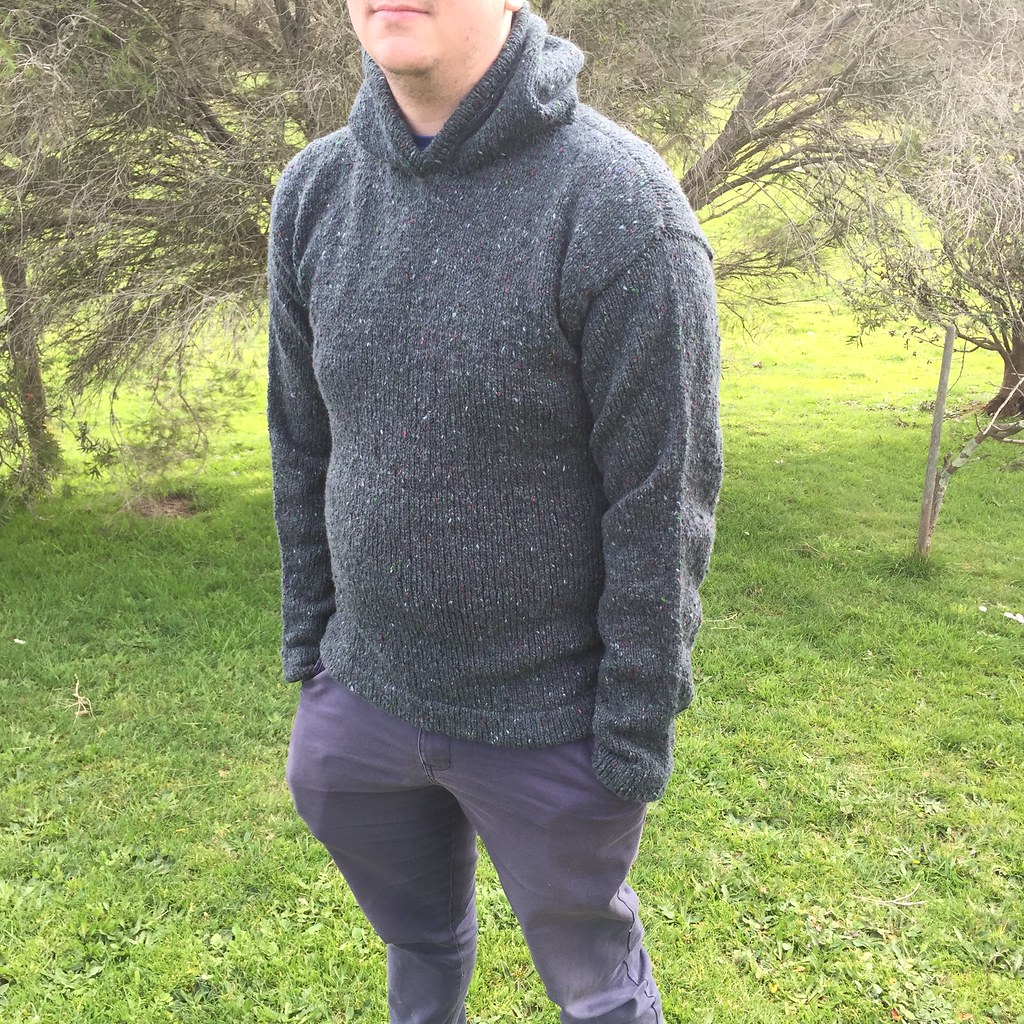 this has been a project that's been on my mind since the start of the year, promised to my brother as a christmas/birthday present (his birthday is in mid jan) so i feel like it's been a loooooong time coming...

by the time i got him to choose a pattern, choose a yarn base and colour, order the yarn, wait for the order to come in, and then free up my knitting queue enough to get it started... it was june!
so a make that feels like it took forever because of the planning side of things, really only took me a couple of months or so... and i kind of delayed the knitting on it while i was at it too. only bringing home a couple of balls at a time from work, so that i could keep getting other things knitted up at the same time! oops! 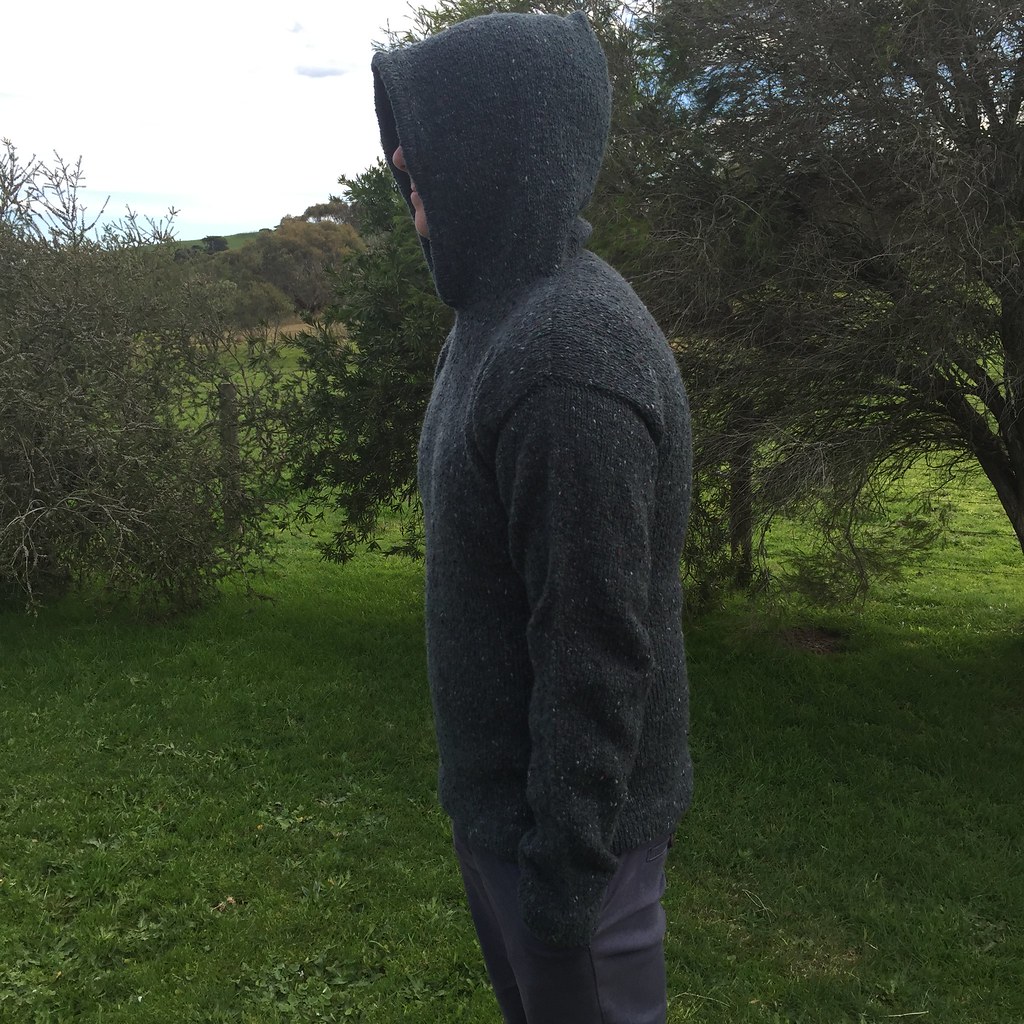 anywho, let's talk about the nitty gritty of this jumper!

the pattern i used was 'his favorite hoodie', sans hoodie drawstring as my brother wasn't interested.
it was a fairly straight forward pattern to knit, the large majority of the pattern being knit in the round, with a small amount of seaming to attach the sleeves to the body and a wee bit of grafting to finish off the hood.

the yarn i used was jo sharp silkroad aran tweed which i didn't love to start with, but thoroughly enjoyed coming back to when i put it down to knit something else.
it did have a fair whack of vegetable matter still in it, i feel like i was constantly picking little prickly bits out, but the yarn handled really beautifully. it was soft in the hand and i liked the little colourful bits that popped up through the tweedy nature of the yarn. 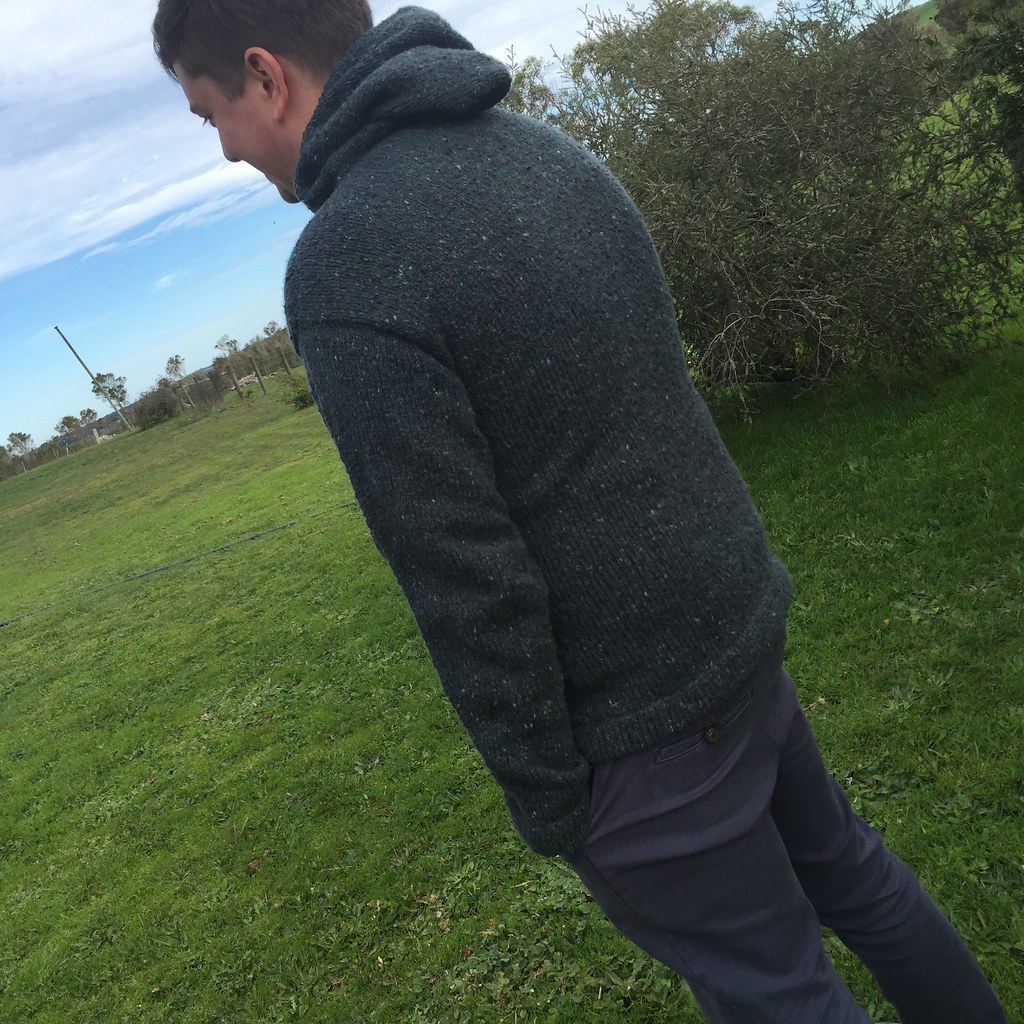 i have a feeling i'll be knitting this pattern again, bb has expressed his jealousy of the hood on more than one occasion! i might have to do some kind of mix between his jumper and this one though, as he loves that kangaroo pocket he he.

i feel like i have to knit myself a jumper next though... maybe if i get it started sooner rather than later, it'll be done by the time it's cool enough to wear it again ha ha!

i have a few more posts on the brain, so hopefully i'll be back in the next day or so yet... all depending on what baby decides of course...
ruling the roost and it hasn't even arrived yet. oh dear ha ha!
Posted by nicole at 9:00 AM

Gorgeous yarn and it fits him perfectly. Good job! And at this date, it can now be considered an early Christmas/birthday present, rather than late. :)