hrmmmm so it would seem i've missed a week again...
i had the best of intentions last week, i got out and snapped some pictures, loaded them onto flickr and worked the html magic to get them onto this here page, and then i was done.
i had no words... i think i've found them this week though!

there's a little bit going on in the garden at the moment, so i thought i'd take this opportunity to share... 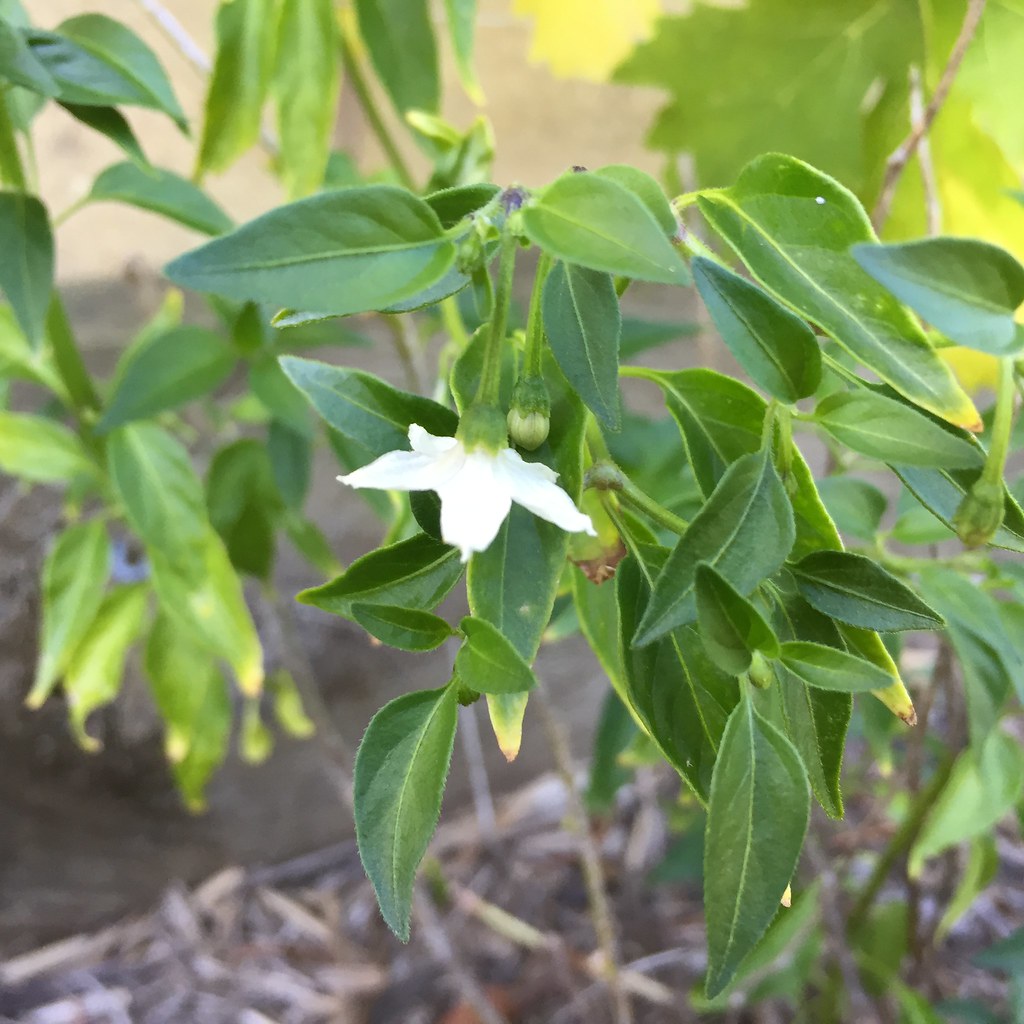 the chilli plant is putting on it's annual flower display. no fruit to speak of, even now a week later, but they are beautiful and delicate flowers to look at all the same.

you wouldn't know from looking at it, but this is my finger lime pot... 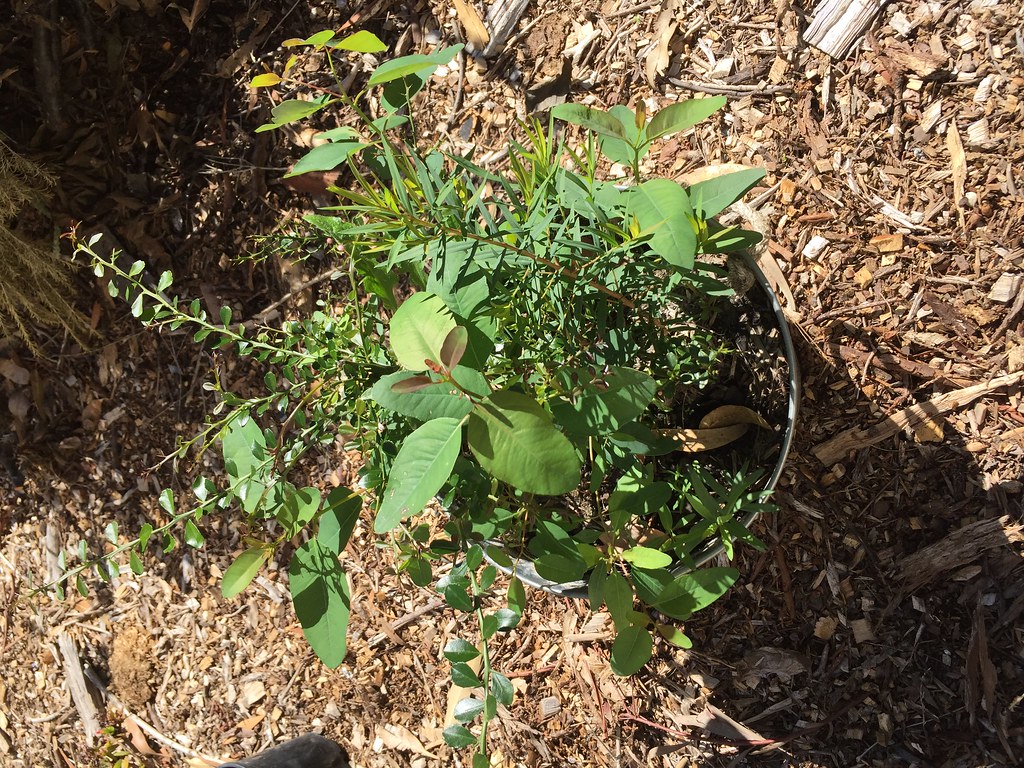 it's become completely overrun with native seedlings! the seeds from which have obviously drifted in on the weather and wind and found this to be the best place to spring up!
i think i'll have a crack at replanting them, could use some natives to plant around the farm.

after moving some soil around to top up this section of the bed, i've got a bit of garlic in the ground to harvest come summer! 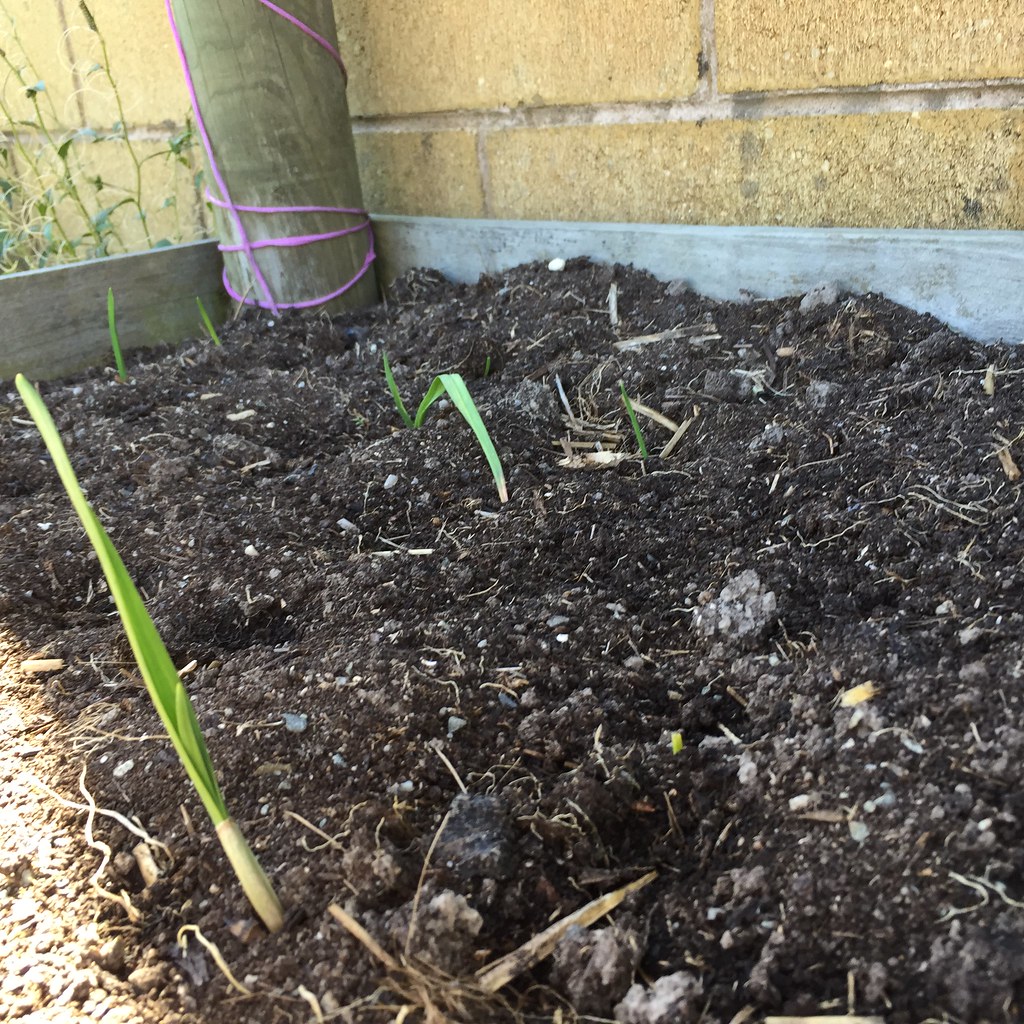 it feels a bit weird to be thinking about, when we've still got SO much garlic from the last harvest, but it won't last forever... particularly the way we go through it!
the cloves are pretty happy in there, a lot more have popped up since i took this picture too!

last year, i picked up some berlotti beans from a local produce shop and kept a few on the windowsill to dry... 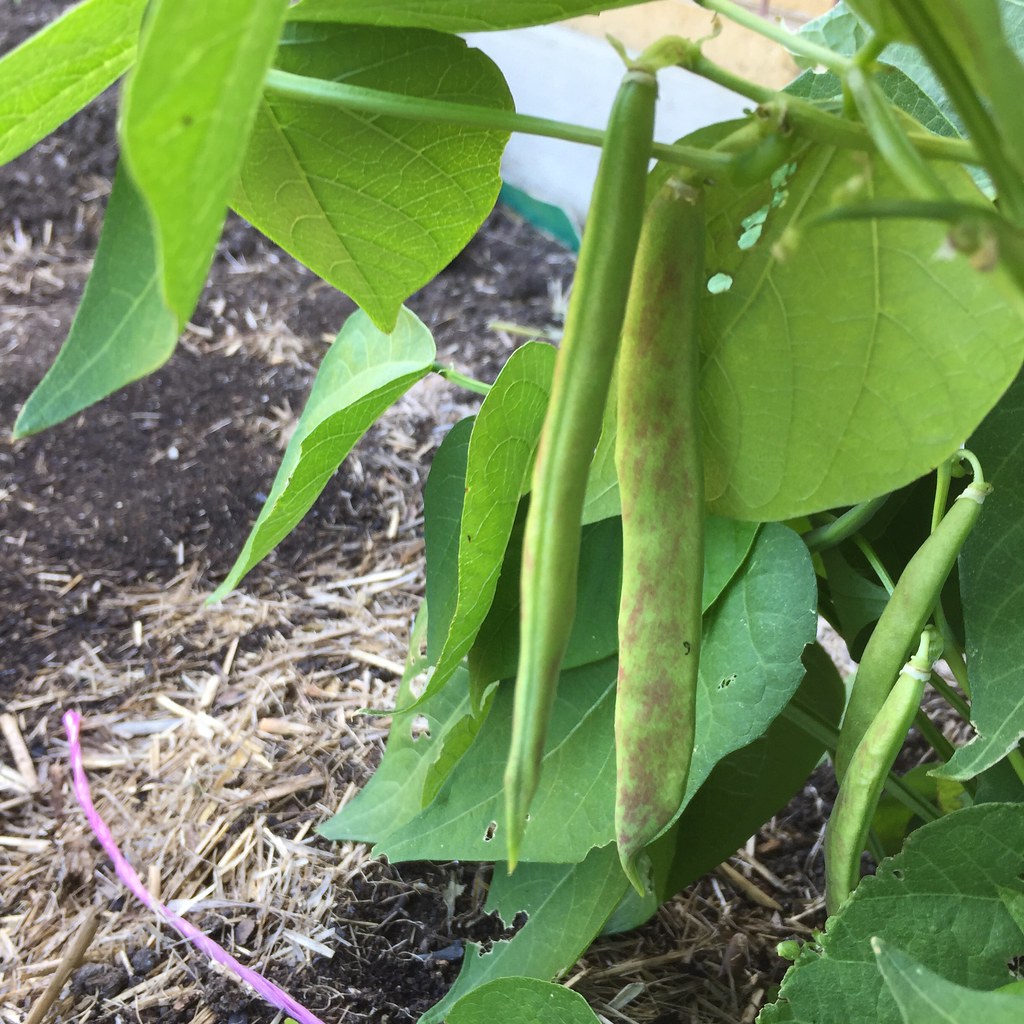 now, we have some of our own!
i've been picking them while they're little like this, and then steaming or boiling them to have alongside dinner. sadly, the beautiful purple colouring doesn't survive the cooking process he he!

ever seen a pomegranate seedling? 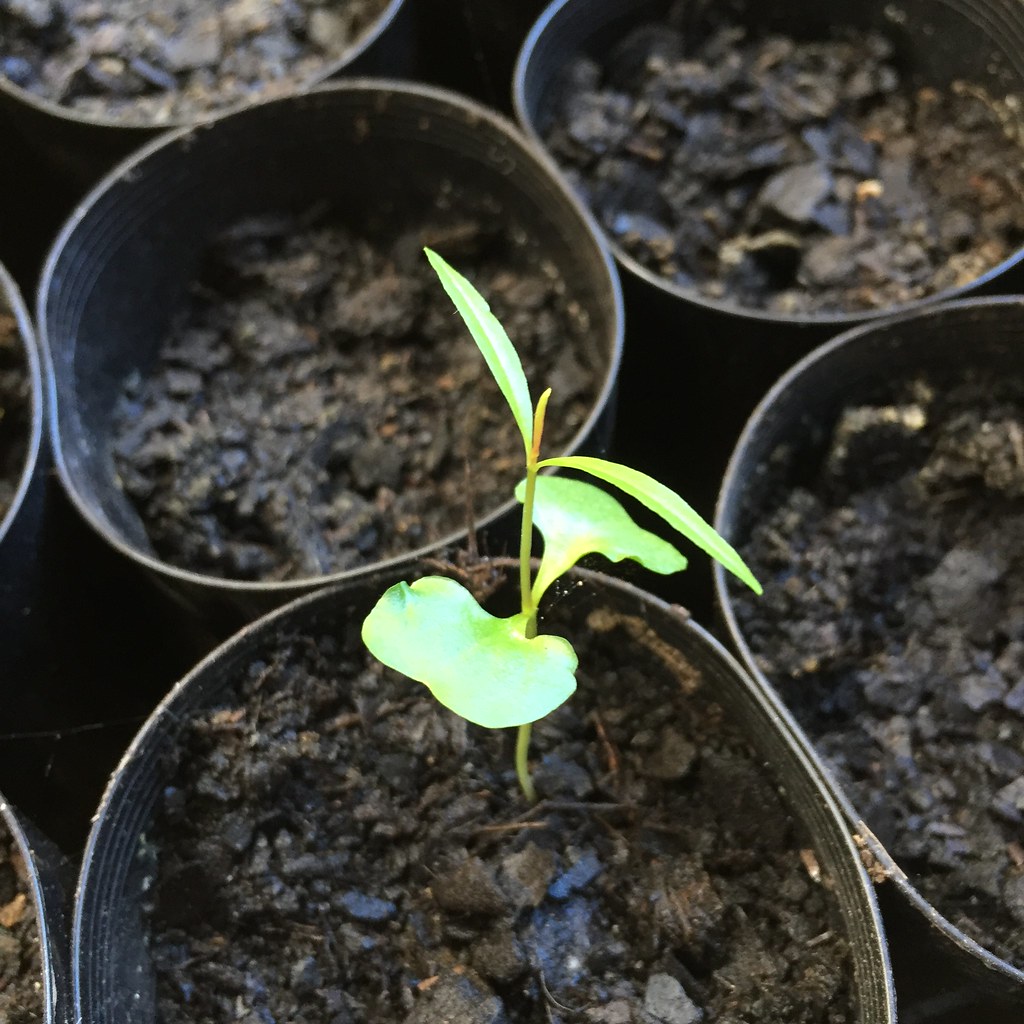 now you have!
i popped a few seeds in the ground from a fruit i found on a tree in melbourne before we moved and i've had one lonely seedling pop up! hopefully it survives and gets nice and big, fingers crossed!

also in our makeshift hot house (ie. the windowsill of the shed)... 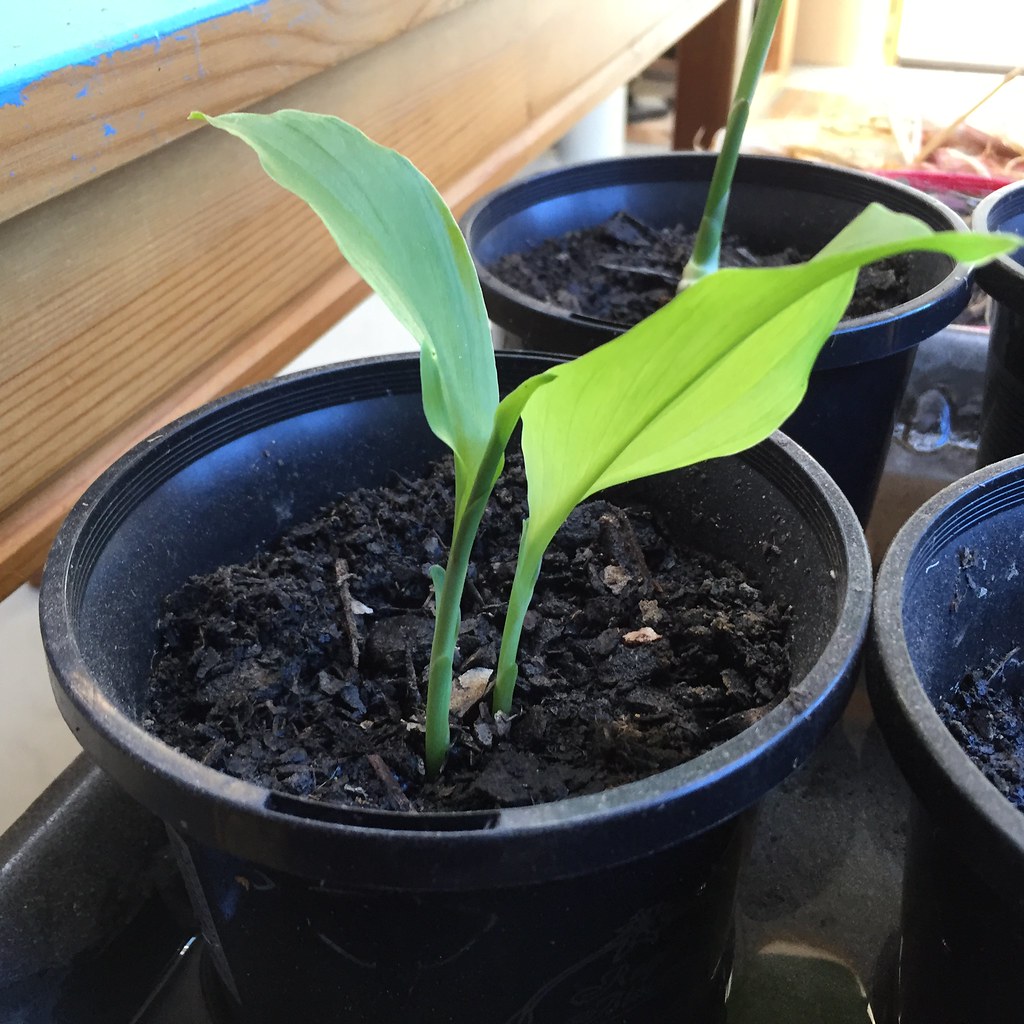 some turmeric!
this was grown from some fresh turmeric, picked up at a local produce shop. i'm super interested to see how it goes, and how it grows!
so far it's looking super happy and green!

how's your garden growing? ever grown pomegranate or turmeric before?
Posted by nicole at 8:50 AM

Awesome! Isn't it great that Mother Nature provides volunteer plants. I just potted my second little avocado plant. Just pried open two mango pits but the seeds didn't look very good at all. Very hard to get into those dang things. Everything we eat has regrowing ability and yet we keep throwing it all out and going to the store to by more. So, I'm definitly having a go at planting more things just to see what happens. Even if it's a fail, it doesn't matter. I've lost nothing in the process, but hopefully learned a few things. :) Have a good week.

You're going to have awesome future harvests!