once again, i'm joining in with slow fashion october, expanding on my instagram post on this week's prompt 'long-worn'.
in truth, it was last week's prompt, i'm running a wee bit behind with them... i think i lost my ability to manage time effectively when little ag came along. i'm getting there slowly though he he. 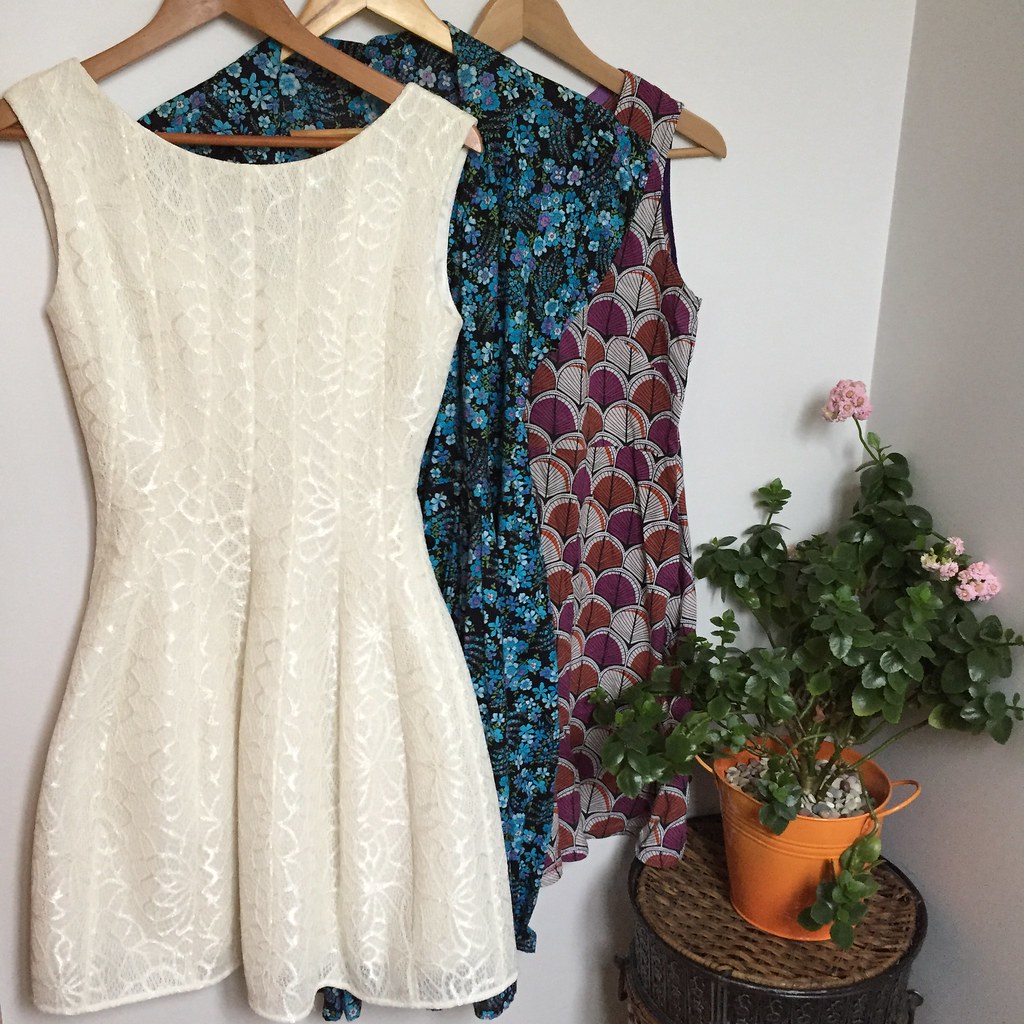 thinking of the articles of clothing in my wardrobe that are long-worn... dresses were the things that came to mind as the longest wearing. the three dresses pictured above are just a selection of the dozen or so that i own, few of which were bought new.
some are homemade (owning it!) and some are second hand, and what is bought new, is fairly carefully selected to be able to be worn time and time again. not only in summer, but across the seasons with the addition of tights and long sleeved woollens underneath.
the three dresses above, encompass the whole breadth of the cycle; new, second-hand and homemade. 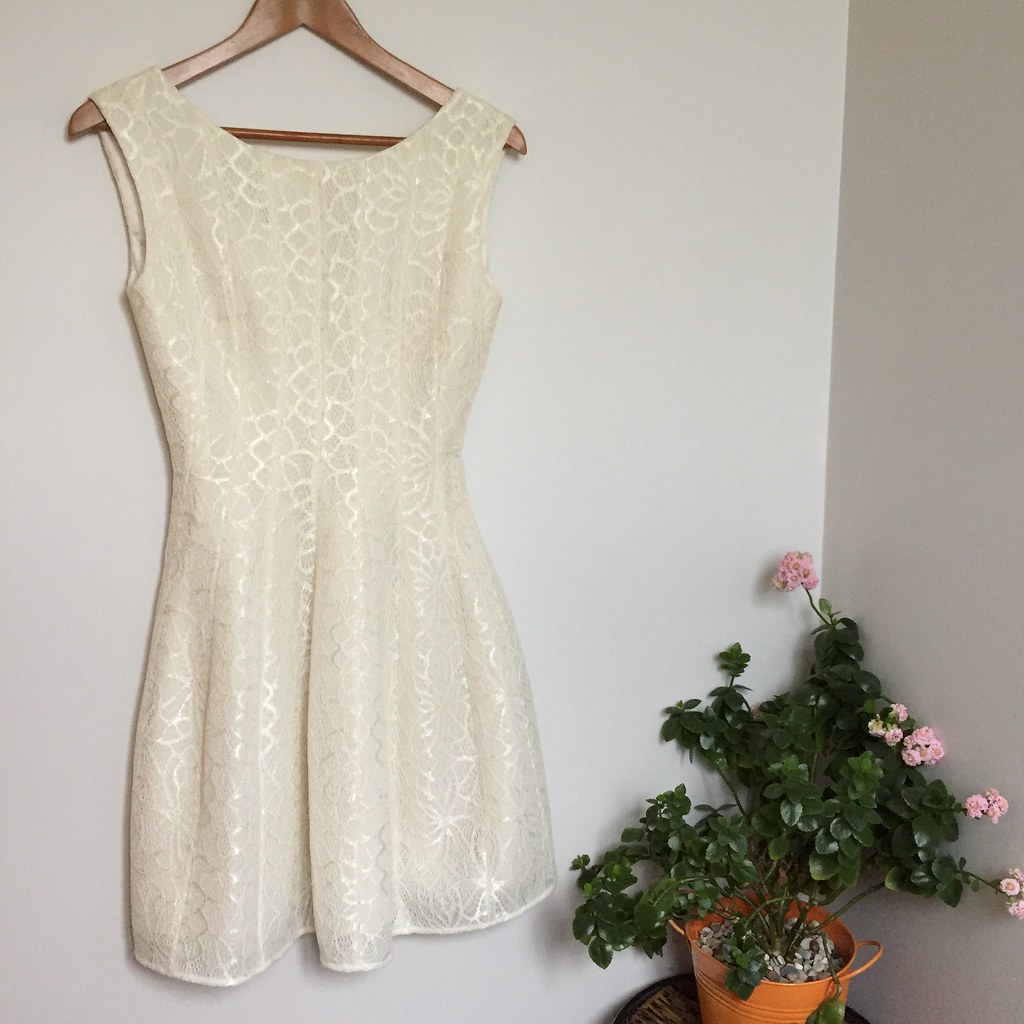 the new, my wedding dress, is, truthfully, the least worn thing in my wardrobe.
it was worn for the two events that made up our wedding celebrations in december and hasn't been worn since... not because it's a wedding dress and won't see the light of day again until my kids pull it out for fancy dress... but because, kids! well kid specifically.
it's one of few dresses that i own that is highly fitted through the waist, and even at 2-3 weeks pregnant (which was only 3-4 weeks out from our wedding, #honeymoonbaby) it was too uncomfortable!
it fits me again now though, and i'm already scheming plans for its first outing.
when i chose it, i specifically picked a style that i could wear time and time again, as i didn't want it to be a once in a lifetime wear. i'm really looking forward to dressing it up, for special occasions, and keeping it a bit more casual too for more everyday wear too. 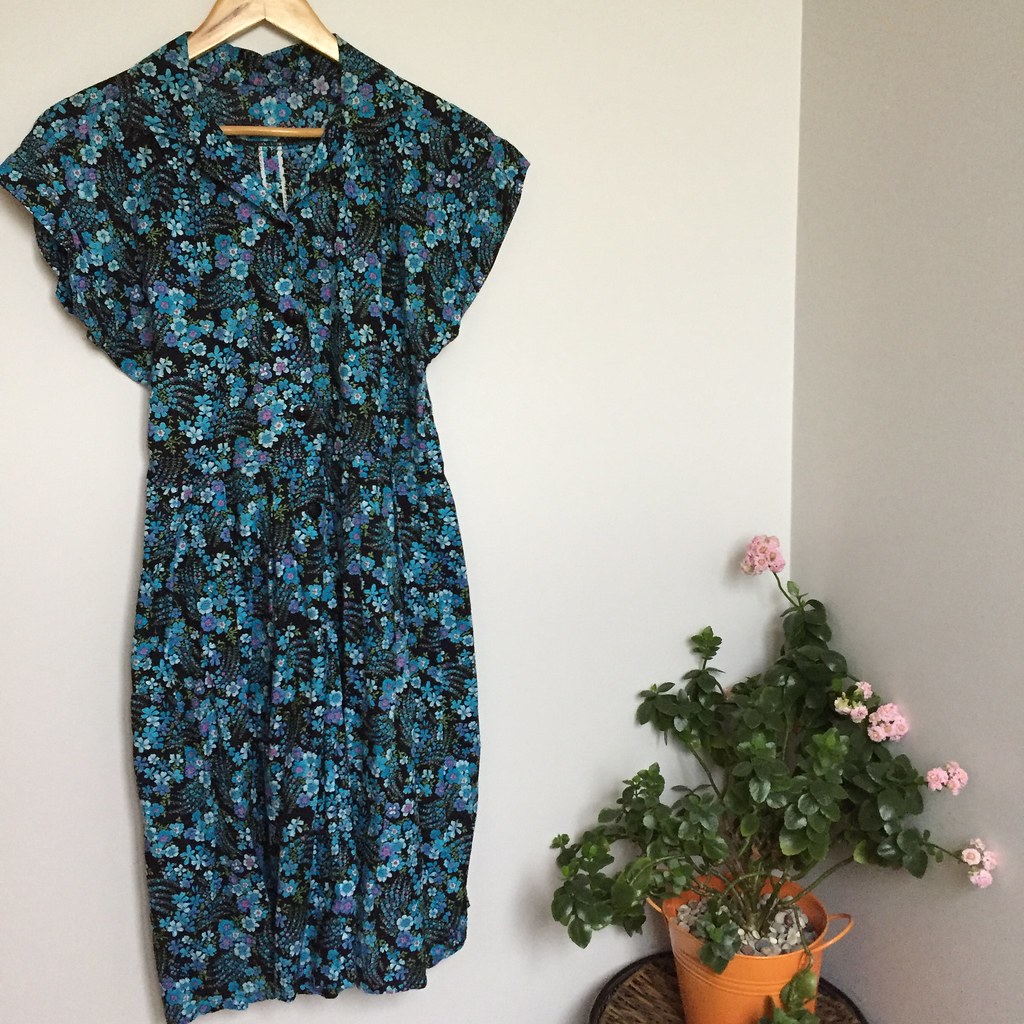 the second-hand, is a dress I inherited when my nanna passed away, six years ago now...
it doesn't get a huge amount of wear either, it's not one i reach for daily or weekly (unlike the final one i'll talk about), however, whenever i'm feeling fancy, it comes out!
it's been worn to weddings, funerals, nice dinners, interviews, and even to work a few times.
it's exceptionally comfortable, surprising when my nanna was quite a bit smaller than i was... thankfully she liked a relaxed fit!
it got a few wears during my pregnancy, and come to think of it, with it's buttoned front, will probably get a few wears in the next year or so as it's the dress i own that's most suitable for breastfeeding in! 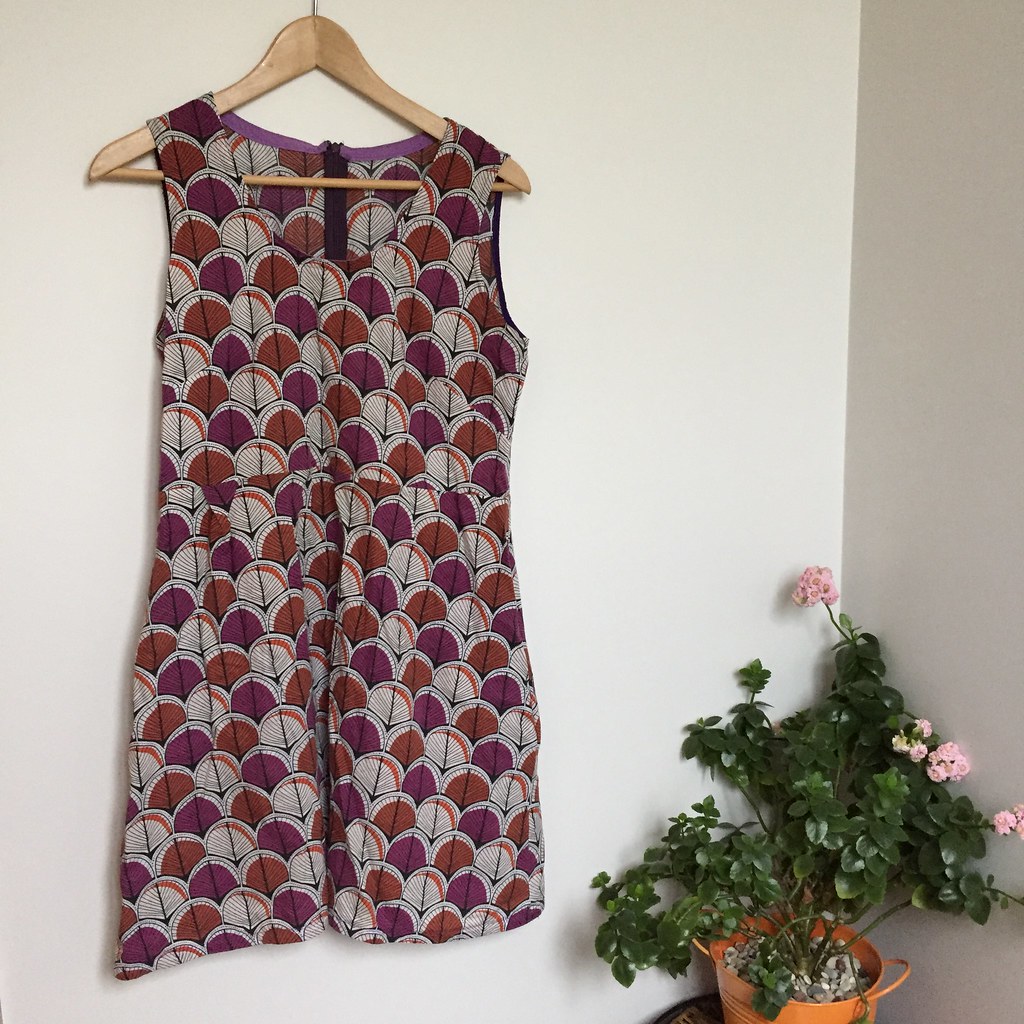 the final dress is a homemade one, as well as being second-hand. it was made by a very talented and prolific dress making friend, who passed it on when it no longer fit her and it's not the first time you've seen it on this here blog!
i've altered it to fit me a little better by raising the waistline and eliminating a little of the length of the skirt but i love the relaxed fit of it!
i wore this at least once a week my entire pregnancy, and a lot before that too as i love the colour palate and design of the fabric, which i'm pretty sure is a pretty high cotton content. very nice to wear when it's warm out!
i love this dress so much, i'm truly contemplating altering it a little more, to make it breastfeeding friendly. a few buttons on each side of the sleeve and voila! now can I find the time to make it happen?

i've got plans for another little 'long-worn' post too, detailing what i do and use, to get and keep my clothing items looking ship shape. we'll see if i can find the time for that too i guess he he!

what are the longest worn items in your wardrobe? are you a dress fiend too?
Posted by nicole at 9:17 AM