the first of five current works-in-progress that are on the fast track in 2016 to get finished.
as much as i want to be all, new year, new projects, i started a LOT of things last year (and the year before *ashamed face*) that i really do want to get done.

anywho, back to these finished beauties... 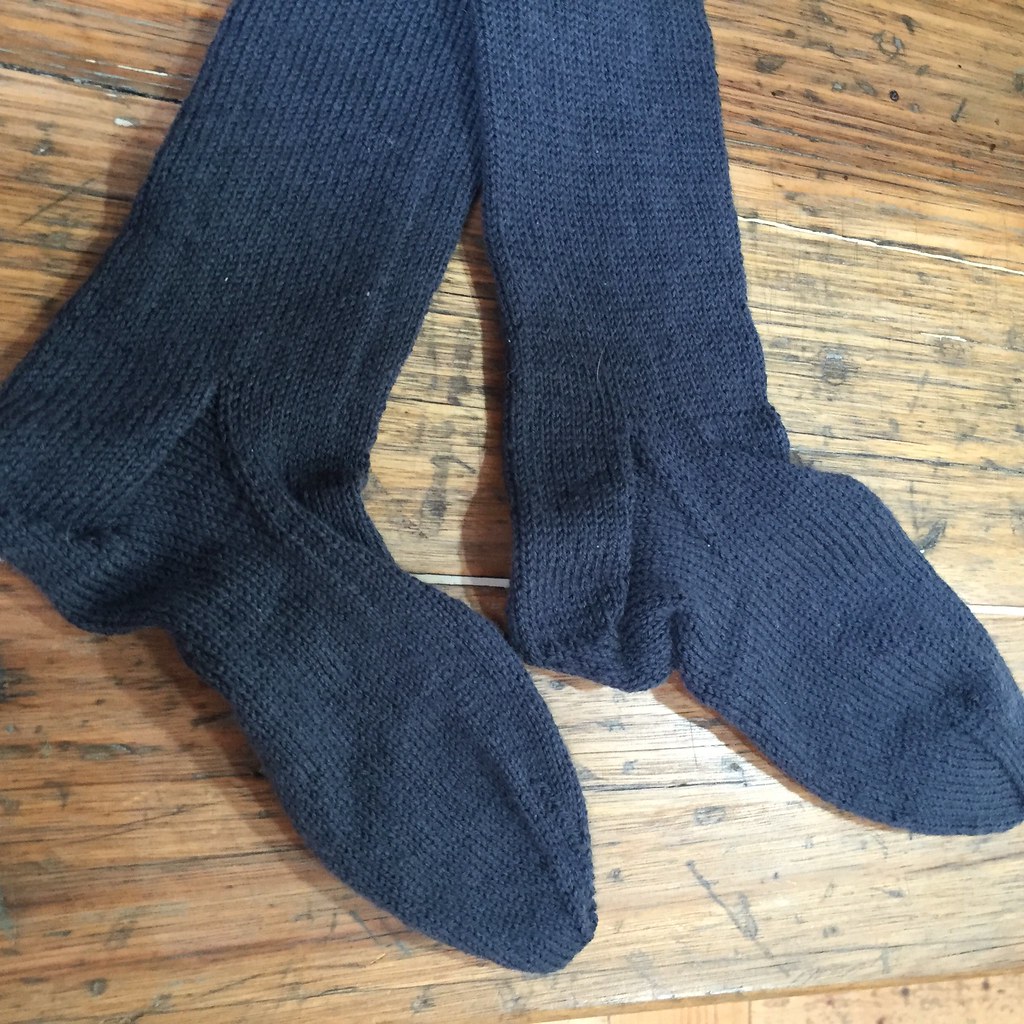 now to tell you the truth, this wasn't a project i started last year... it was one my ma did. she started them mid way through last year, and got the large majority of one sock done and dusted.
in october however, she had a fall, resulting in a break to her elbow and shoulder and no more knitting!
one thing led to another, and unfortunately, she passed away just before christmas. 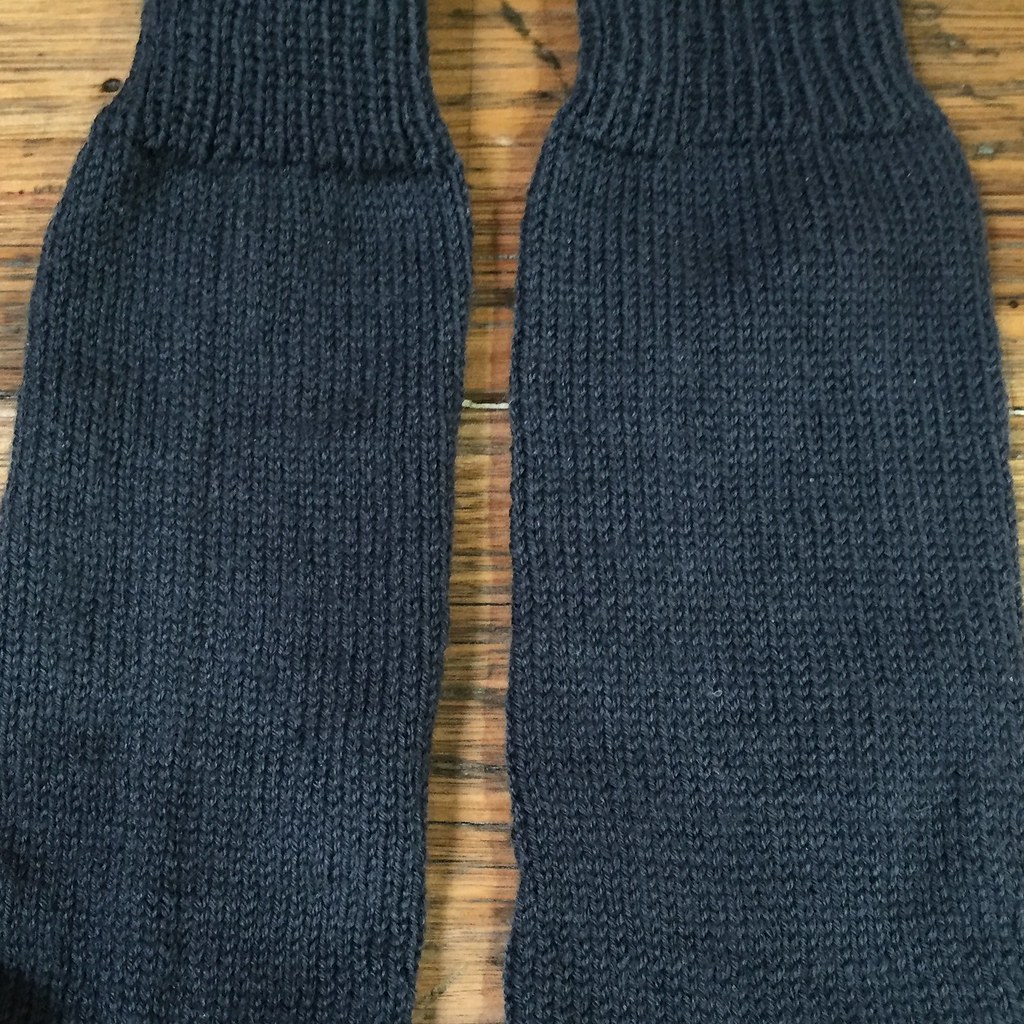 the last time i saw her, we had a discussion about me taking over the knitting of these socks, as they were cast on as a birthday present for her brother, who is turning 70 midway through this month.
so takeover i did, and boy did that tight deadline put a rocket under my bum to get them done!

now, my ma and i, we have quite different tensions, so these are two very different socks. i realised quite early on, that if i wanted them to match, i definitely should have changed my needles to a size or two bigger. but i kind of like the idea of using the same needles for each sock... and that they're quite different in size. my ma's brother will always be able to tell the sock that was knitted by his big sister, and the one knitted by his grand-niece. 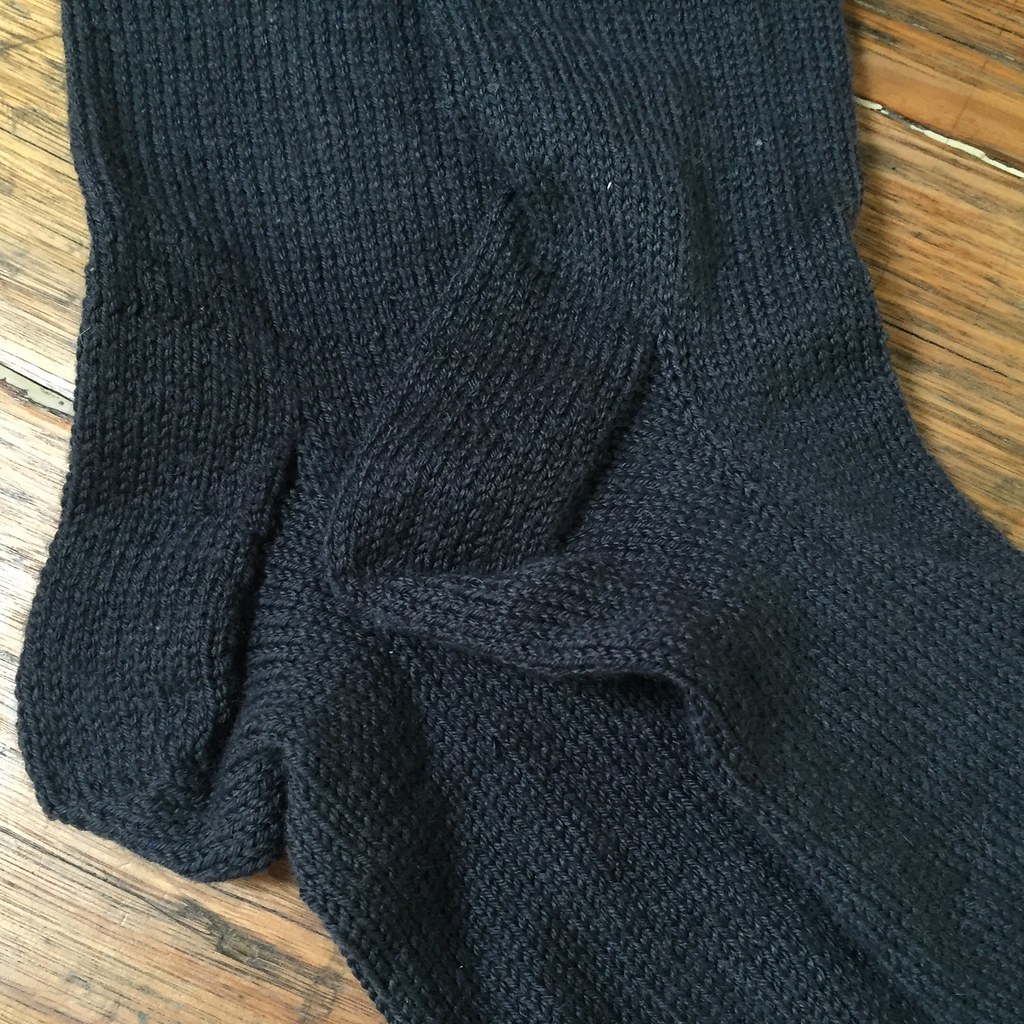 ma knew her sock pattern by heart, so i had to do a fair bit of reading of the sock she had already knit to ensure we had similar heels, cast-ons and toes.

it was such an honour to continue on with this pair of socks that my beautiful ma had started.

stay tuned for hopefully quite a few more finishes as we travel through these first few weeks of the year...
Posted by nicole at 8:03 AM