i took an opportunity to snap these pictures last week, while the sun was shining and the babe was sleeping, but this is the first chance i've had to put the words together. the garden has no doubt changed a bit, but it's more updated than my last post he he!

first up, the broad beans! 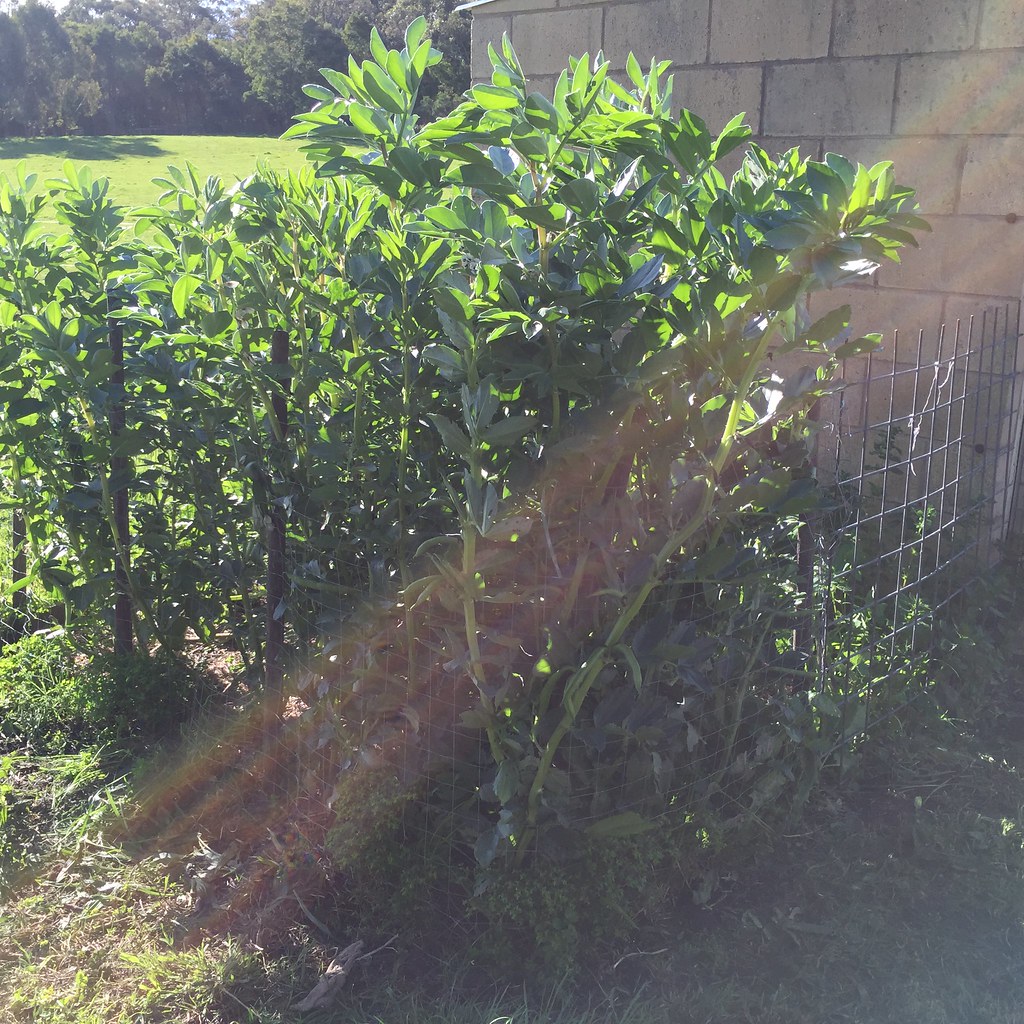 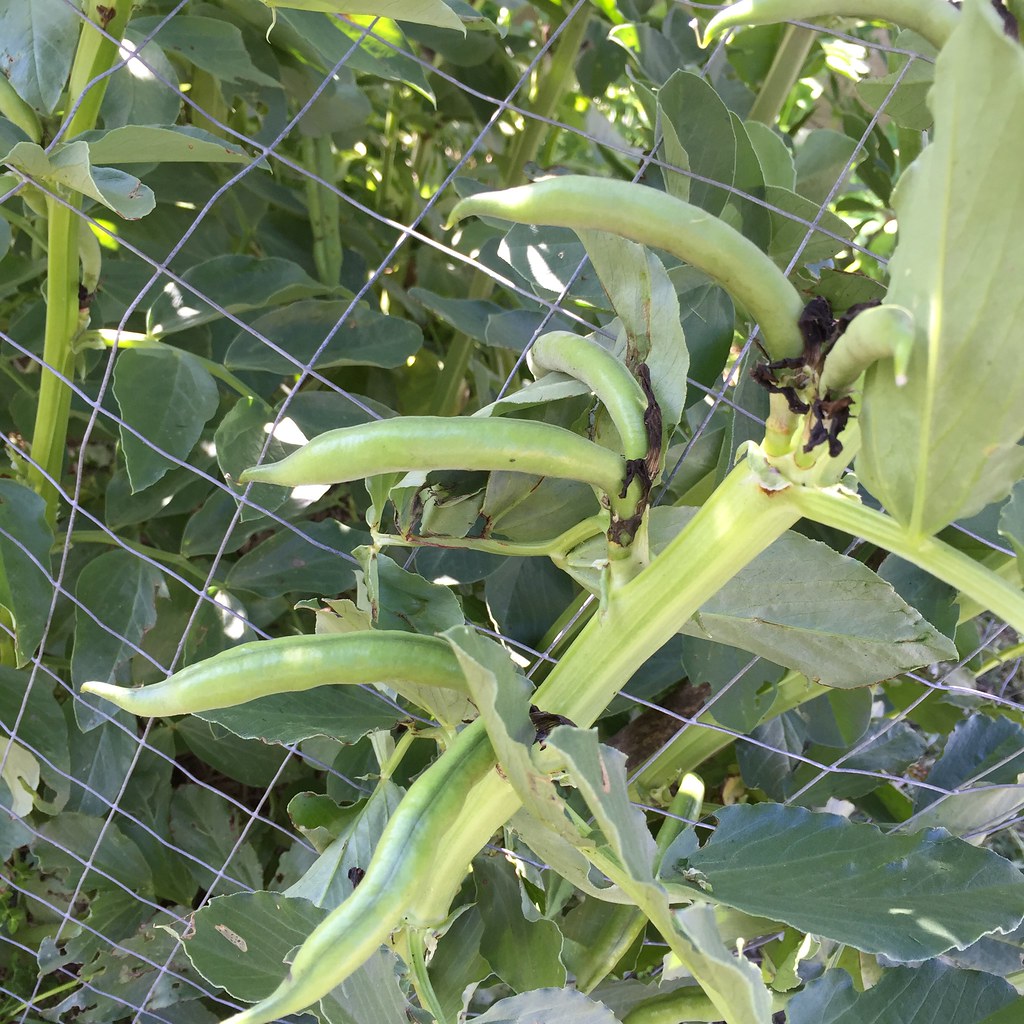 these have been growing like mad, and then flowering like mad, and now, fruiting like mad!
since taking this snap, we've had a couple of little harvests... and boy were they delicious! sadly though, again, since taking this snap, we had some crazy wind come through and despite the fact that these plants are super densely planted, some of them were broken. the chooks haven't minded though, they've gotten their fix of greenery on the leaves!

next up, the wee raised bed next to the wood shed... 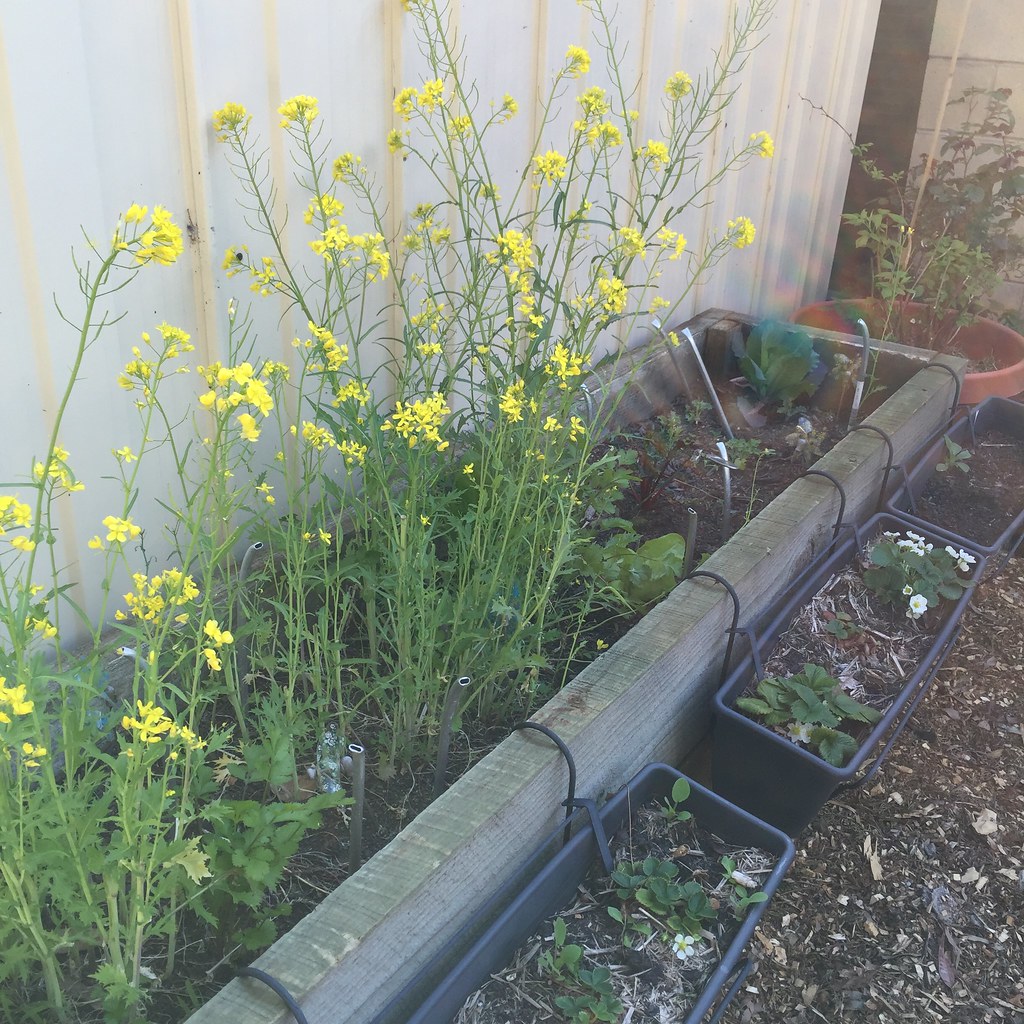 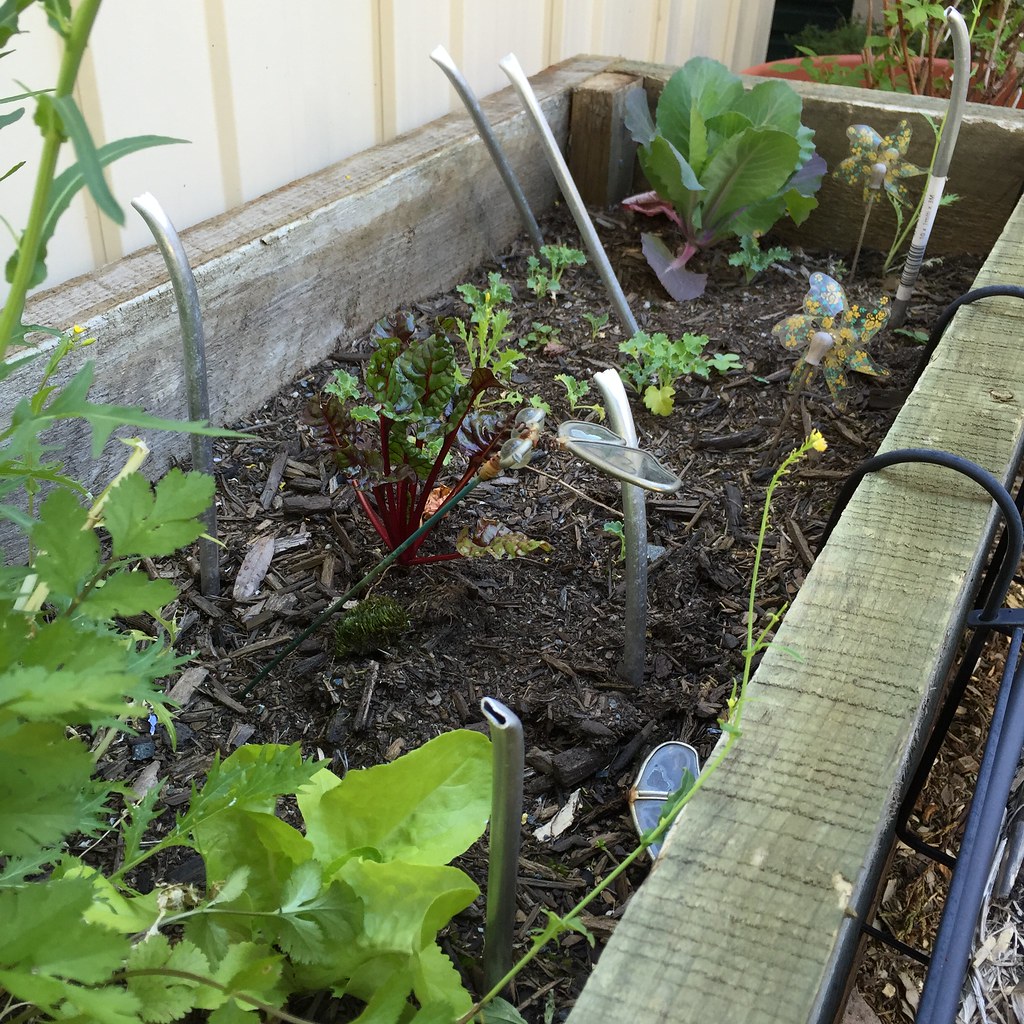 the rocket i was harvesting last post has well and truly gone to seed. i tried to stop it by picking off and pruning back flower heads, but alas, no luck! i'll leave a few of the plants in, to go to seed good and proper, before drying them and collecting them for next time.
a closer look at the far end of the bed shows some slow growing bits and pieces though... some kale, rainbow spinach (a much appreciated belated birthday gift), a single butter lettuce and what i think is a cauliflower...
this end doesn't get as much sun due to the angles of the surrounding buildings keeping it in shade. until now that is! thank you spring sunshine!

the big veggie patch is really kicking on now that spring is here... 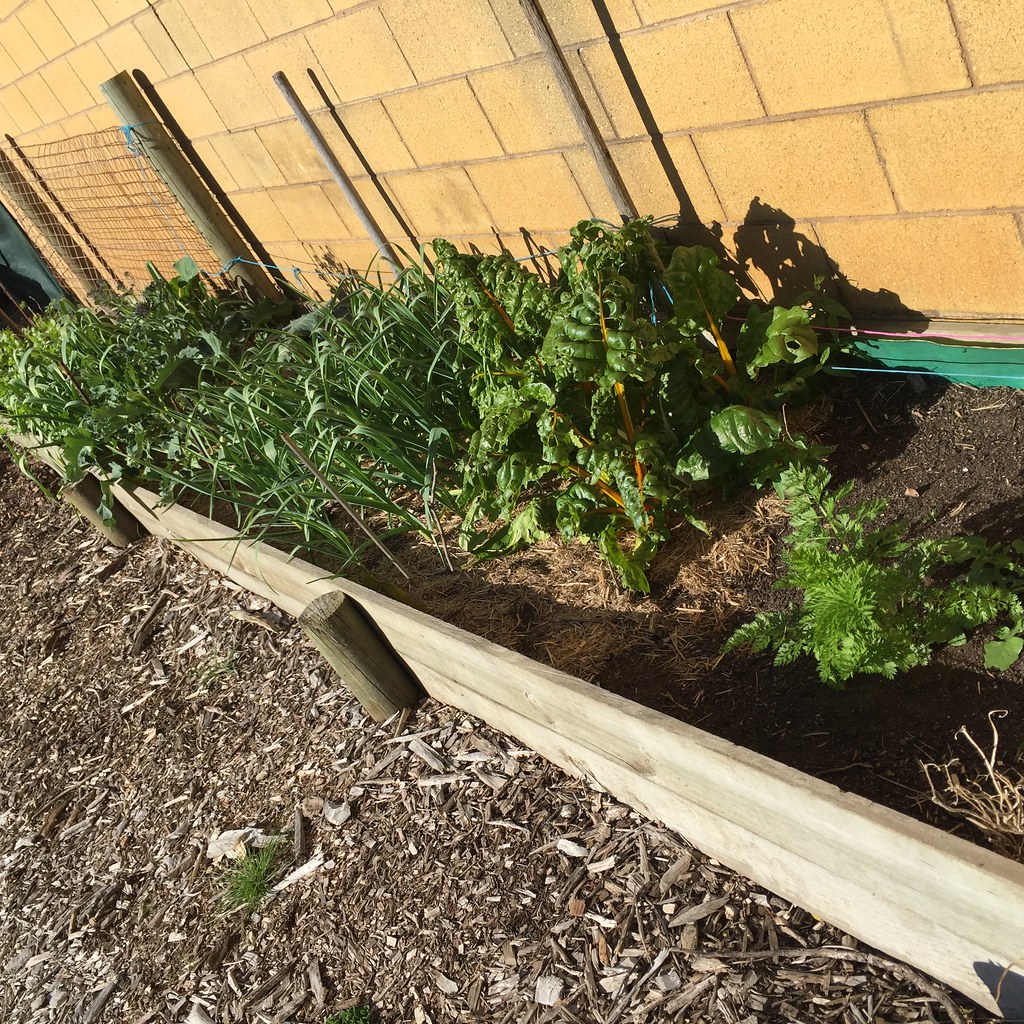 the rainbow chard is super happy, and again, looking a little different now after a few harvests... the onions and garlic are doing just fine. and the broccoli has had a couple of harvests too!
i didn't realise when i bought the seedlings, but it's a variety of bunching broccoli, rather than just the single head like i was expecting. the little bunches are also purple! though once lightly steamed, they were nice and green he he!
the coriander is going so well, i actually picked a bunch of it to take as a swap to the local produce store with a whole big tub of lemons. so nice to be able to share and support a local business!

a few months ago now, i put together some more potato bags. 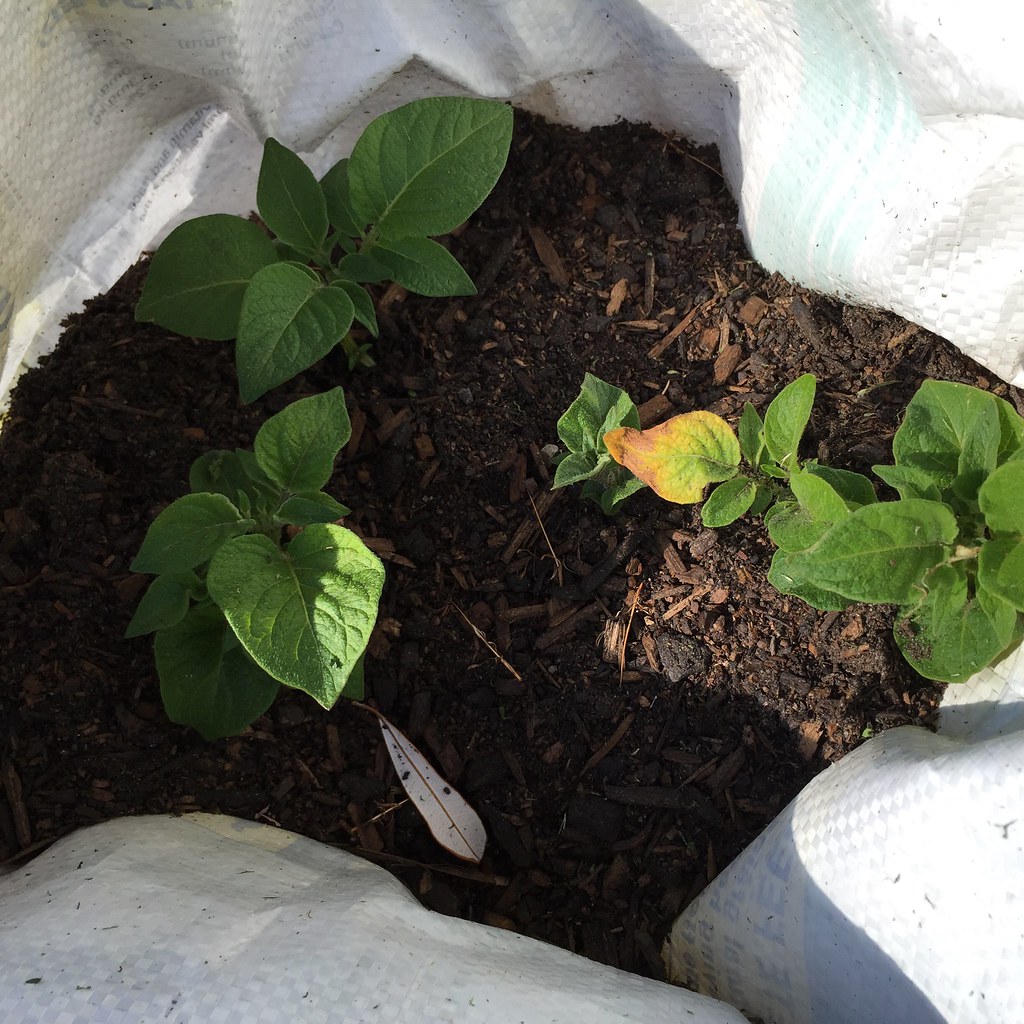 now to keep on top of topping them up with soil to keep those little seedlings covered. wish me luck he he!

my little asparagus pot sprouted and went to fern in no time! 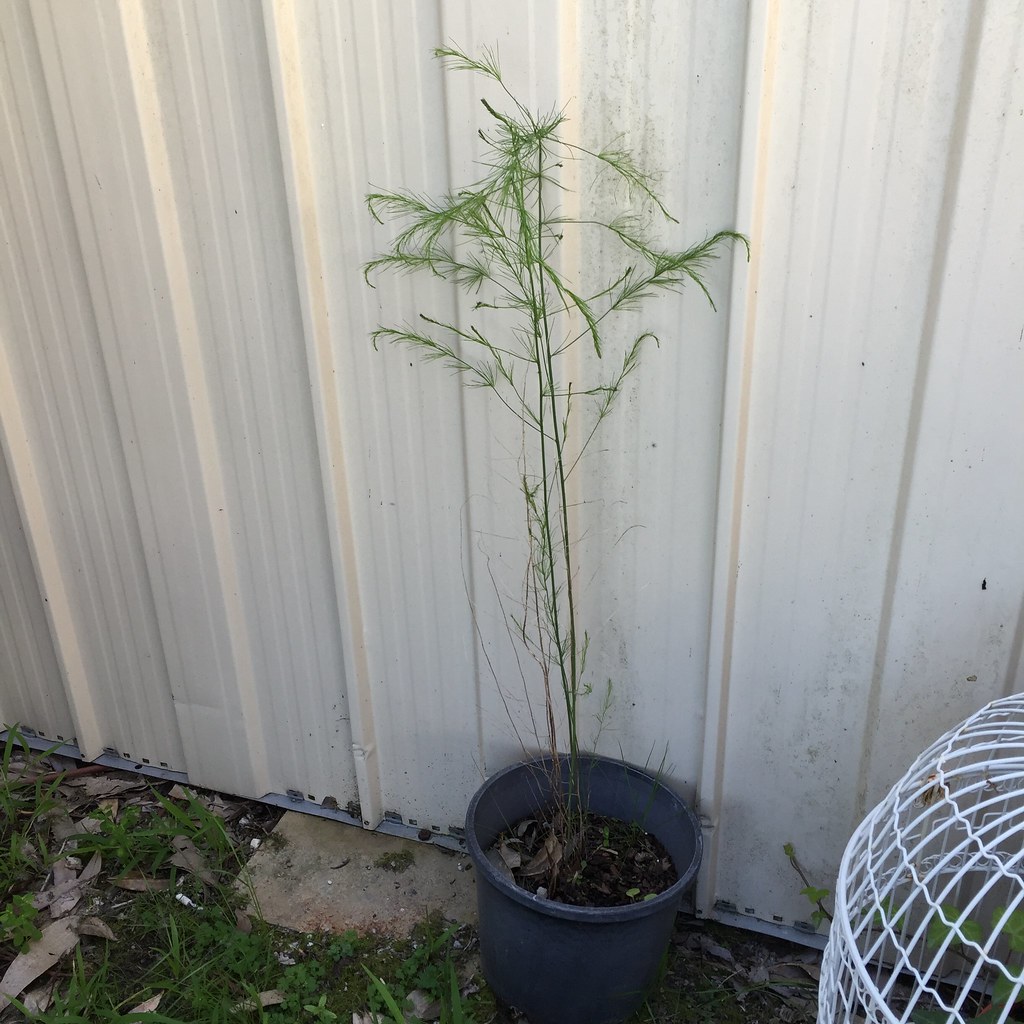 one day i'll find the perfect place to plant these on the farm. finding somewhere where they won't be too disturbed is the key...

and finally, some new additions! 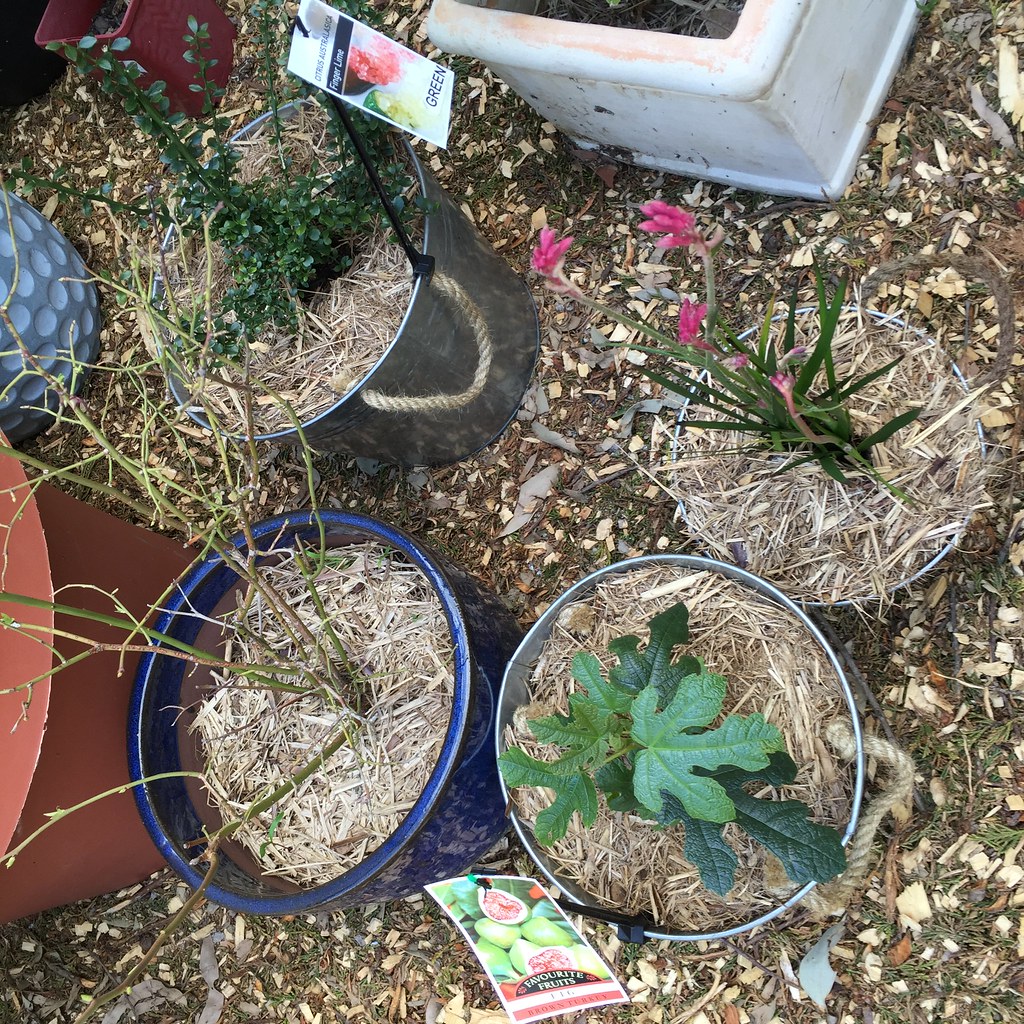 bb and i gratefully received some vouchers for our wedding in december, and decided to make use of some of them before wee ag came along... as well as a few bits and pieces we needed around the house, for ourselves, and for the bub, i splashed out on a few new plants too! as well as a nice pot set to keep them in.
above is a finger lime tree, a fig tree and a beautiful pink kangaroo paw-type native. also planted in with the native, is a whole bunch of hyacinth bulbs that i was gifted by my work colleagues as i was heading off on maternity leave. hopefully they'll be happy there and will surprise us with a beautiful display at the end of winter next year!

so that's just about a full catch up... no doubt i'll be back again soon with more changes, and hopefully, some spring seedlings sprouting!
Posted by nicole at 7:52 AM

Wow! You've got quite the garden now. That's fantastic! I have two large balconies that I've never really utilized for a vege patch, other than tomatoes, but definitely going to give it a give this year. Weather is cooling off so now's the time to get started. Thanks for the inspiration! Happy harvesting!