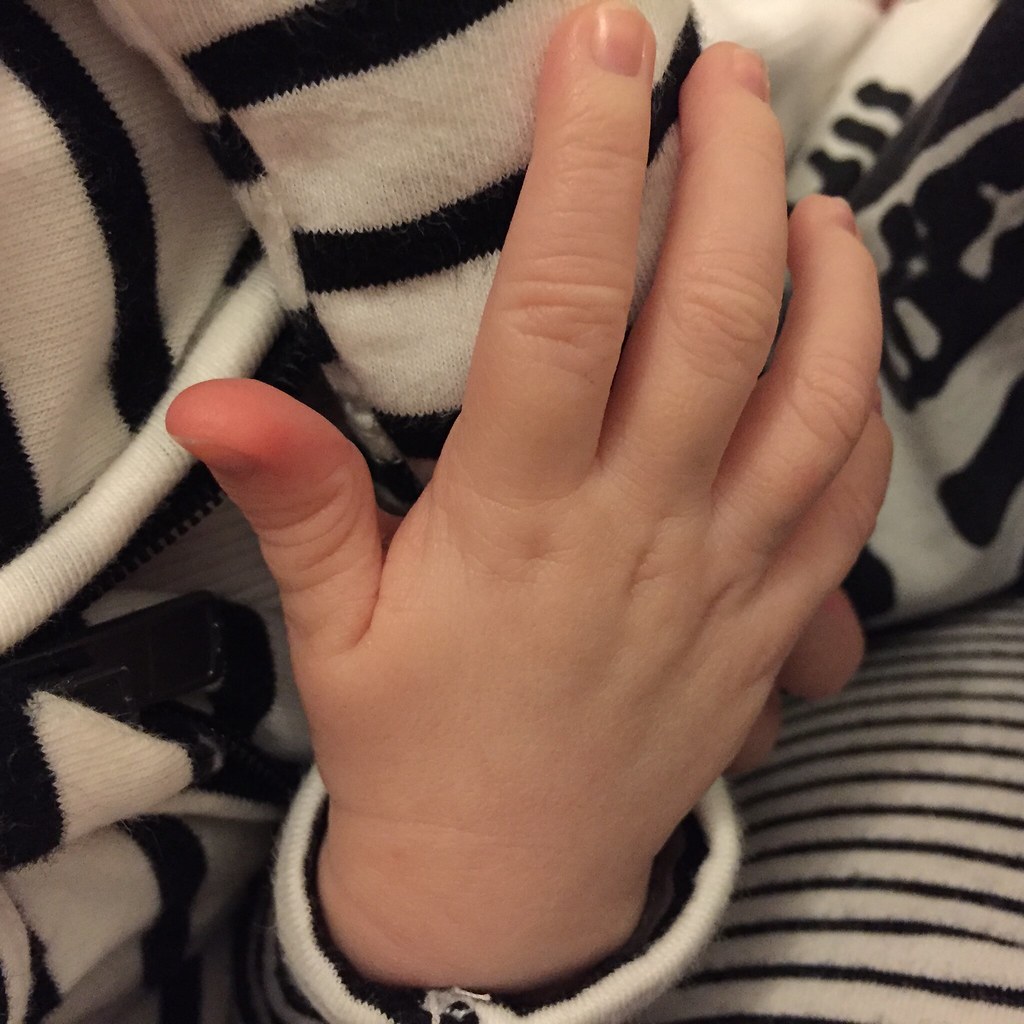 over the years, i've understood the concept of the days are long but the weeks are short... but not to quite the extent i do now.

the past 6 weeks have absolutely flown. my babe is no longer considered a newborn and that thought brings tears to my eyes.

but holy moly have there been some tough moments.
i've come to the realization though, that the tough moments haven't been caused by the little guy, but us grown-ups questioning everything we do! why is he crying? why isn't he sleeping? why isn't he feeding?
he's a baby! he doesn't care what time he last fed, or when he last slept. if he's hungry, he wants to eat, if he's tired, he'll sleep.
and sometimes, he'll just want a hug. and no matter what needs doing, what outstanding jobs are on the to-do list, i'll oblige. because he'll never be this little again.
Posted by nicole at 10:58 AM

Yes!!! Exactly. I would do almost anything to have those sweet, tired, exhausting, love-filled days with my children back. They're now 36, 33 and 28 and I remember those days as if they were yesterday.
Blessings,
Betsy

You got it honey. Surrender is the only sane way to mother ❤️❤️❤️