so this project has been done for a little while... since february according to the project page on ravelry! oops!

i was trying to find the perfect time and situation to WEAR the top and get some photos, but it just didn't happen, and now, well now it doesn't fit so well...
maybe i'll share some photos of me in it next summer ha ha! 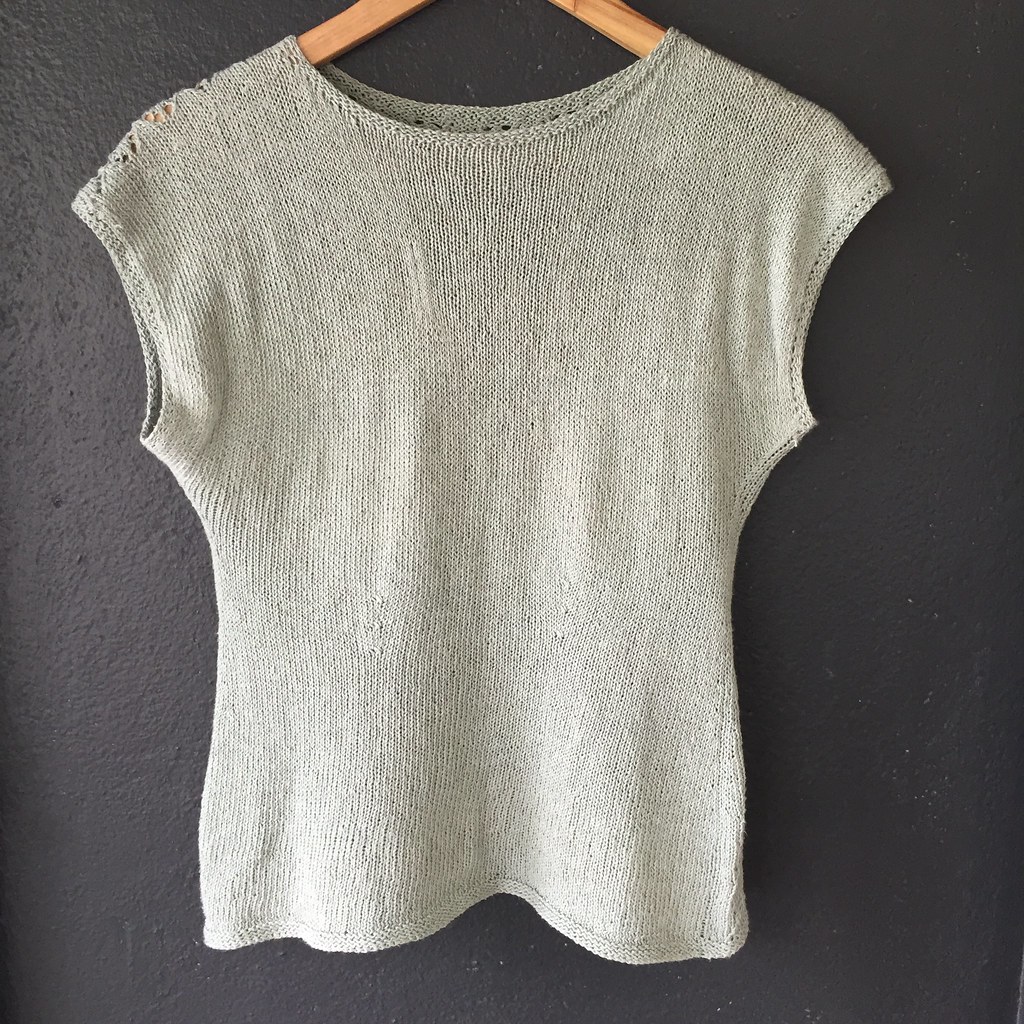 this was my honeymoon project... i started just after we arrived onto the relaxing island leg of our trip and being that we were in far north queensland, and the humidity and heat were fairly intense, the linen and cotton blend of the yarn i was using was just perfect!

the construction was really interesting, the front yoke was knitted first and then the back yoke was joined (using a provisional cast on) and knitted afterwards.
once the back yoke matched the front yoke in length, they were joined under the arm and the body was knitted in the round.
the provisional cast-on was simple enough, but took a little bit of patience to get it looking beautiful and perfect when i was finishing it up. 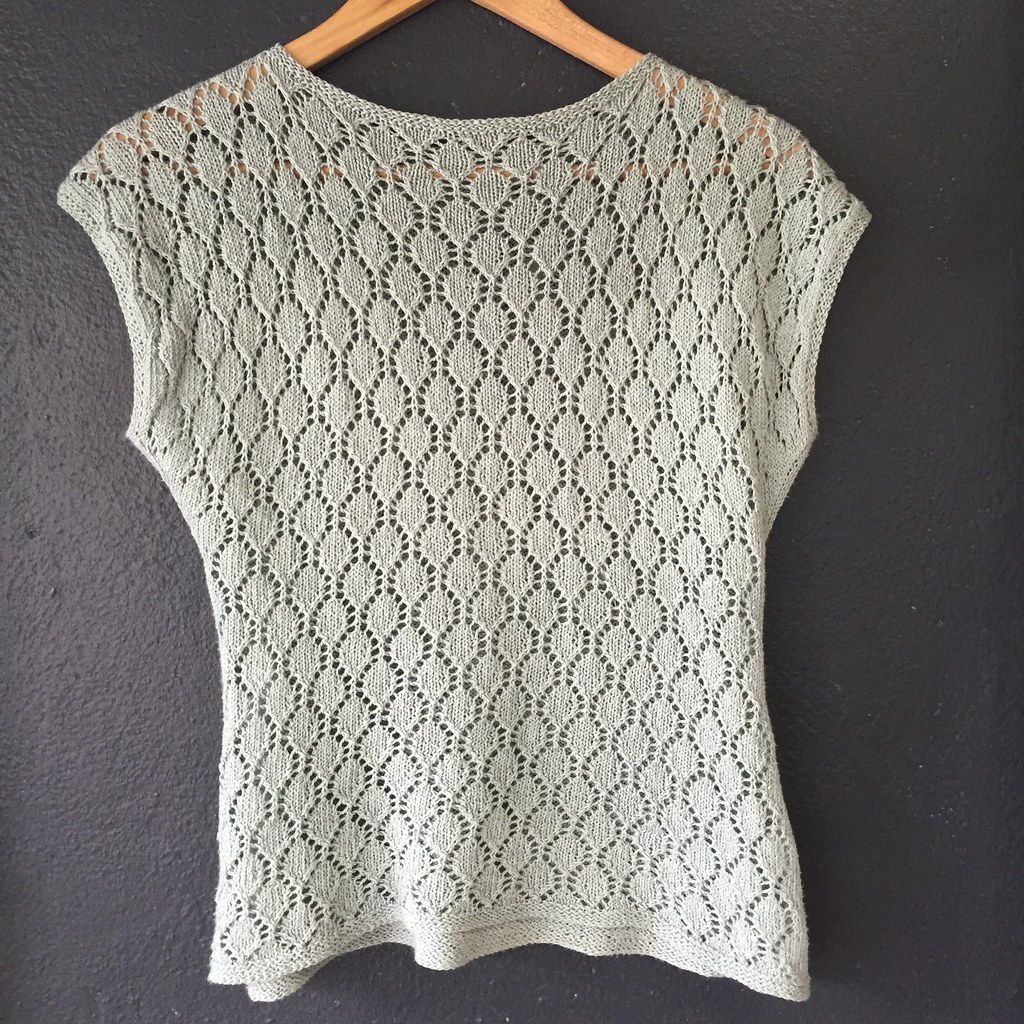 the lace on the back is utterly spectacular!
i've removed cardigans to gasps of surprise and awe a couple of times. always nice to have such reactions to something you've made ha ha!

finishing this beauty, leaves just three unfinished projects from the list i had going at the start of the year... one of which is nearly finished, but the other two, well they still need quite a bit of work!
hoping to have them finished up by the middle of the year, which might be a little hard as i have one or two big projects on the brain, as well as a whole heap of baby knits!
wish me luck!
Posted by nicole at 8:00 AM