the last little while, i've been playing around with a bit of yarn dyeing.
i talked about one project in this post, but since then, i've been doing even more! 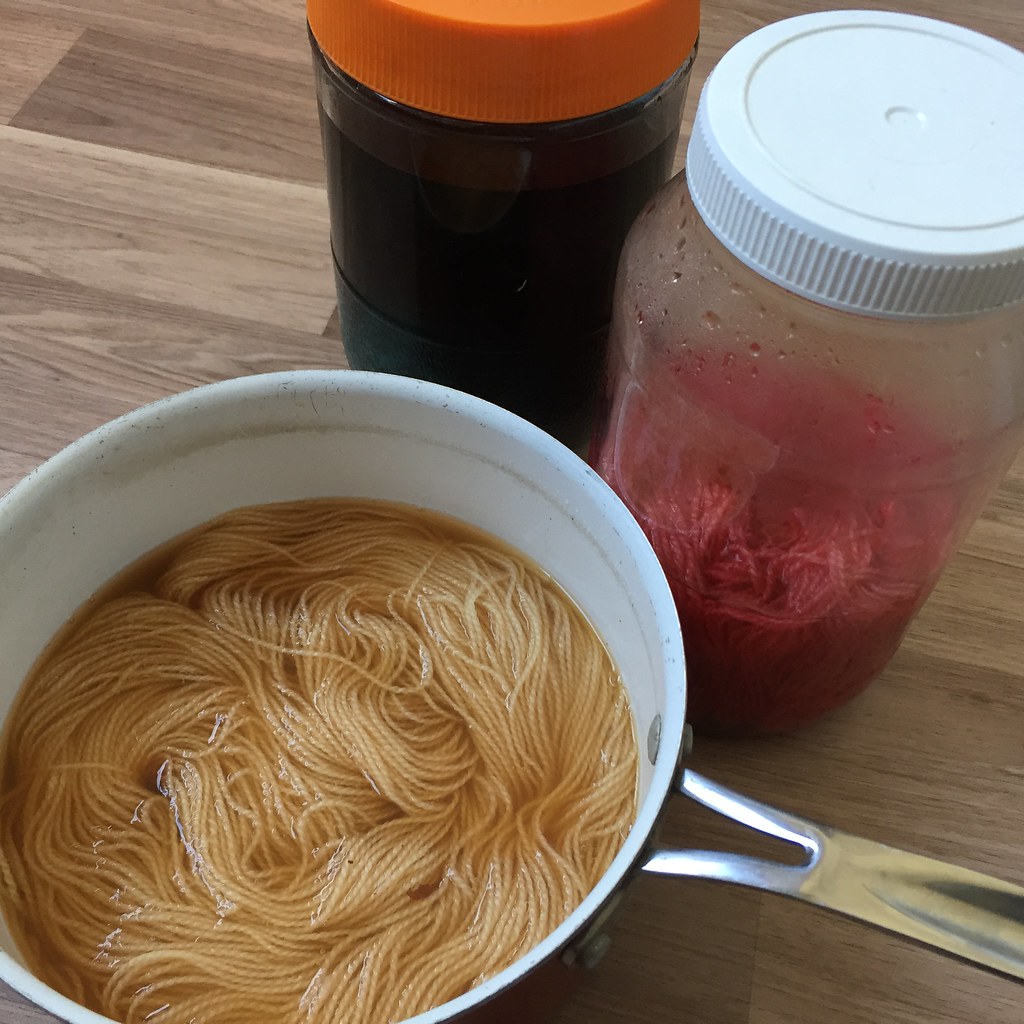 i had these few vessels just slowly ticking away, doing their thing.
the pot in front, had a bath of acidified avocado pits with half a skein of bendigo bamboo sock wool, anticipating a nice light and subtle pink.
the white lidded jar, housed the other half of the skein of sock wool. after not getting a nice light pink from it after soaking it in with the avocado pits, i popped it in here with some red food dye and added some vinegar to the avocado bath to see if that changed anything... 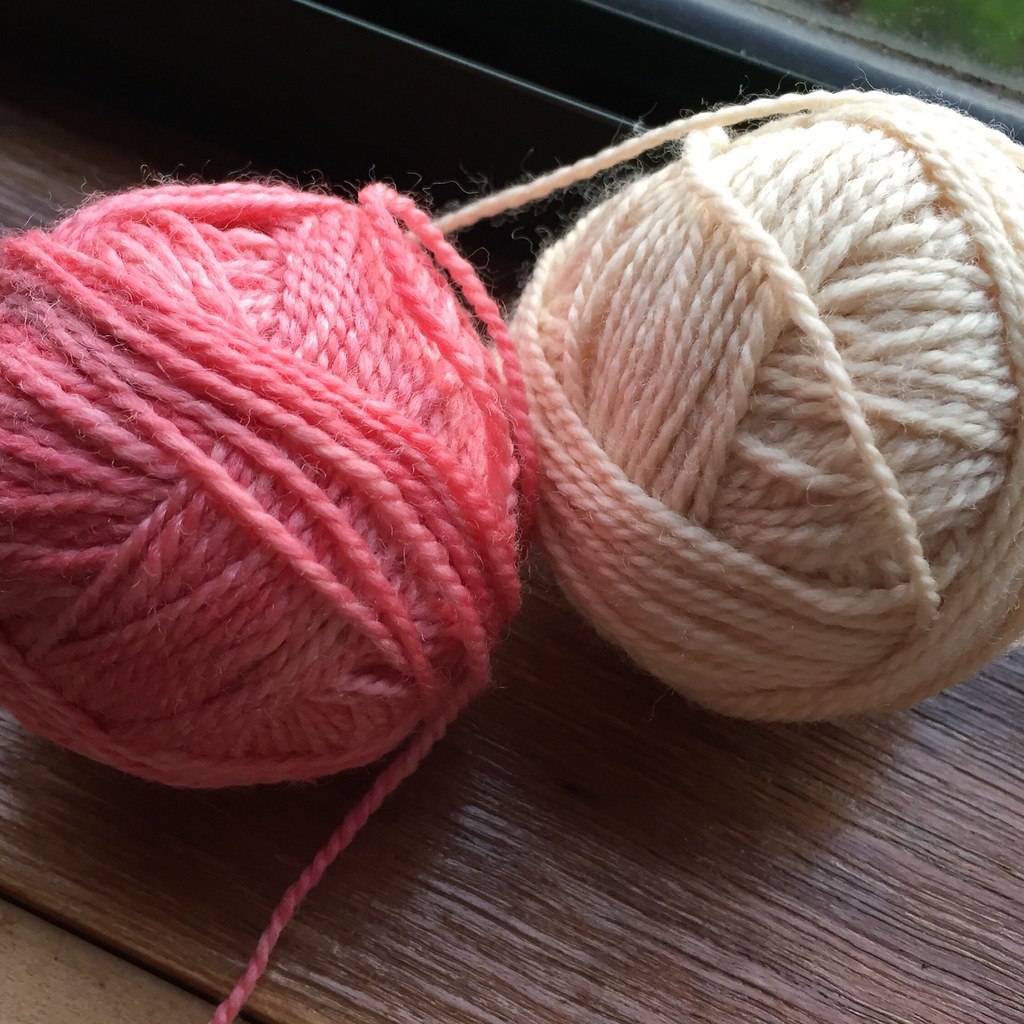 as you can see, i didn't quite get the subtle pink i was after from the front pot, but the food dye, well it sure did the trick!
i'm knitting these two together for a hat project i'm hoping to share a little more about soon.

the orange lidded jar, well i have no results from that one as the yarn is still in there! perhaps i'll find some time over the weekend to fish out what's in there and give it a rinse.
i'm hoping for a nice green gradient for a pair of socks. we'll see what happens!

before that though, the jar housed a different dye experiment... 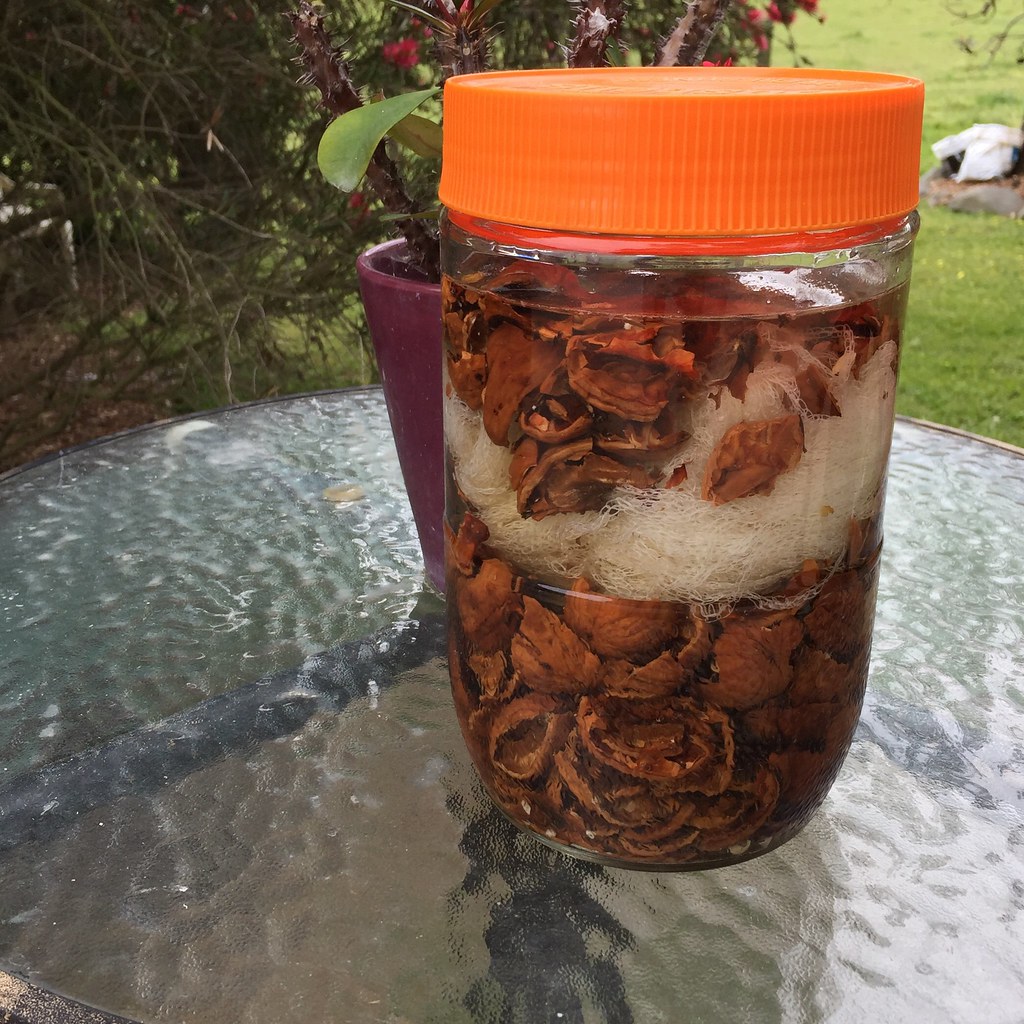 i put together another solar dyeing jar with walnut shells, though this time with a skein of linen, instead of woollen yarn way back in november.

after four months, the results were a little lighter than last time... 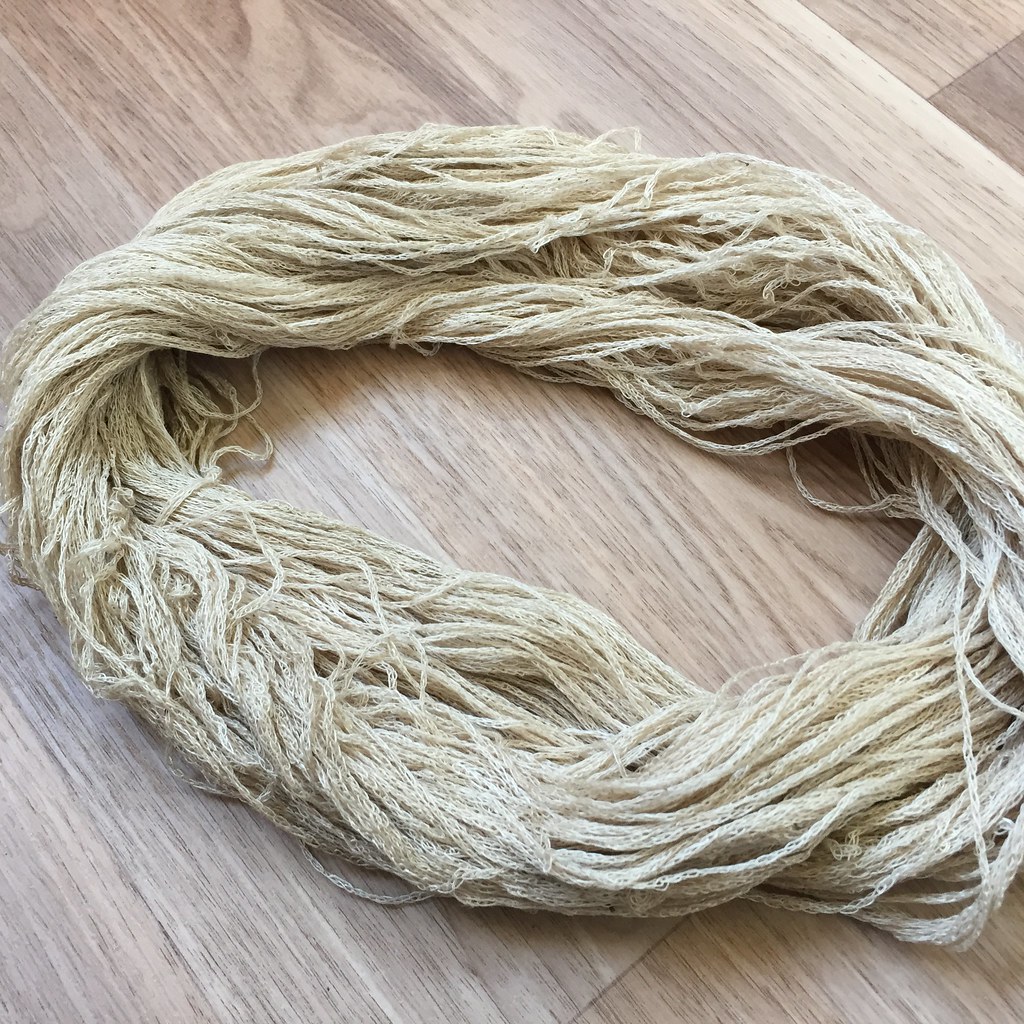 but still a nice little bit of warmth to what was a very cool skein of white...

that might be the end of my dyeing for a little while, i'm basically out of white yarns in my stash he he. plus i have plenty to knit with for now too!

have you ever tried any fiber dyeing at home?
Posted by nicole at 9:00 AM